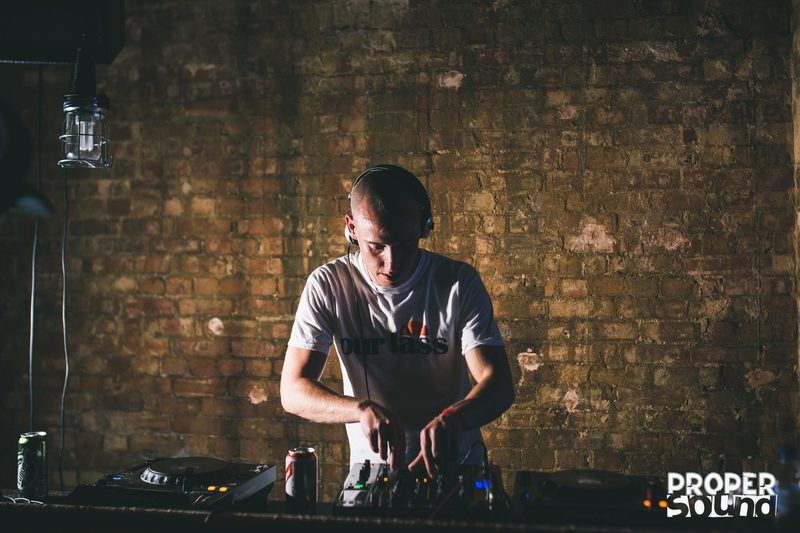 Chip Butty Records are in the vanguard of the new wave of Sheffield bassline, taking a sound first forged in the Steel City in the early '00s, slapping it between two slices of thick-cut bread, and smothering it in vinegar. Head chippie Dr. Cryptic is a familiar face behind the decks (and in front of the hot counters) across town, and returns to converted cutlery factory The Night Kitchen on December 9th - armed with a bag full of lengers and a pocket full of salt sachets - as part of Nox and Gett Off's Xmas Clash.

We sat down with him ahead of this show to discuss bassline, dream line-ups, and, of course - the perfect chip butty.

So, tell us about how Chip Butty Records started, and the ethos behind it...

It initially started as a way to put my own tunes out, as I was sick of waiting for other labels to put them out themselves. I also wanted to showcase other people that I rate. In terms of ethos, I wanna give an opportunity to up-and-coming artists who I personally think deserve some limelight for their productions.

Where do you see Chip Butty going in the future?

Down the [frying] pan hahaha.. No, joking. Not sure, just wanna keep putting out bangers.

Any words of wisdom for aspiring bassline producers out there?

Don't bother (only joking). Just enjoy yourself, and get out networking.

Your thoughts on people that use ghost producers?

Fair play, if you can find someone who will make your music, you're killing it and more fool them for allowing it.

Which three producers are you loving right now?

You play b2b quite often with other Sheffield DJs - how do these sets differ to when you play solo?

Definitely more excting - it's mixing the unknown. And it's a bit of competition, a good bit of friendly banter behind the decks. I always have fun.

If you could say one thing to a 10-years-younger Dr Cryptic, what would it be?

Dont bother, get a job.

We thought we'd dedicate a large amount of this interview to finding out the greasy info on your chip butty preferences so....

What makes the perfect chip butty?

Extra large white bread cake, they’re the bosses, man; and real butter, none of this fake margarine stuff; plenty of salt 'n' vinegar; and they have to be proper chippy chips.

The big question: gravy, peas or curry sauce on your chips?

[Struggles to decide] Gotta be gravy, but the best is gravy on top of cheese - the real north ting.

Someone told me you're allergic to bread, but yet you run a record label called Chip Butty - is this true?

No, it's not, man's got paper stating this. This is a vicious rumour.

What are your top three favourite chip shops?

Money is no object, you need to put on a party... describe it for us...

DJ Narrows b2b Plastician all night long. And a free butty and taxi on departure.

When you're not dropping lengers or making bangers, what do you listen to?

The Mask and Shawshank Redemption soundtracks are sick!

If you were to produce another genre of music, what would it be?

Tough one, that. I reckon I’d like to make some soundtracks and scores for movies!

Anything we should be watching out for from the Chip Butty camp?

We’ve got a Dr Cryptic and Sammy Virji joint EP coming out on December 12th, and also a compilation - Chip Shop Volume Two - coming out in January, with all the Chip Butty regulars.

Any shouts or anything you think we need to know?

Just a big 'thank you' to everyone who is supporting us!