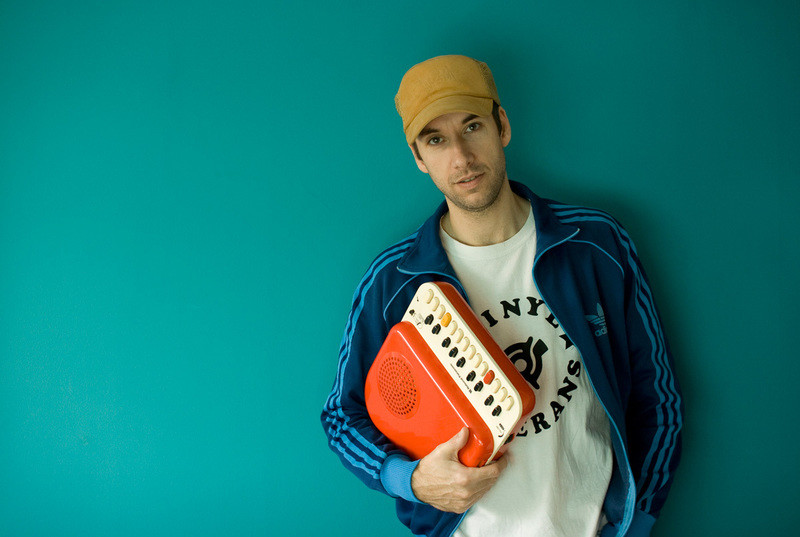 DJ Format has built a reputation for his funk-laced beats and feel-good shows since the success of his debut album, Music For The Mature B-Boy, in 2003. Ahead of his set at O2 Academy Sheffield - alongside The Haggis Horns, Hot Diamond Aces and more - we caught up with Matt Ford to find out more...

How long have you been DJing and producing for? And what has helped you grow as an artist?

I've been DJing since 1989 and I first started messing around with beats and samples a couple of years after that. I think the first time I actually produced an original beat that I felt proud of was in about 1993. Before that I was just looping beats from other hip hop records and generally experimenting without any ideas.

Bouncing ideas back and forth with my friends at that time really helped me grow as a producer. We all helped each other because none of us really knew what we were doing, we were just having fun and trying to make some hip hop beats.

Could you describe the DJ Format sound for those who don't know it?

It's hard to describe the 'DJ Format sound' but I'm still heavily influenced by the late '80s and early '90s hip hop, when sampling soul and funk was the thing to do. I do sometimes make other kinds of hip hop (as a producer), and I play all kinds of music as a DJ but my roots are very much James Brown and other classic soul/funk artists who unwittingly formed the blueprint of hip hop. I could just say 'I play funky music', but everyone has their own idea of what 'funky' is.

Who has been your biggest inspiration musically to date?

I couldn't name just one artist or group but here's a few of the people whose music has influenced me the most over the years: James Brown, Herbie Hancock, The Meters, Kool & The Gang, Run DMC, Beastie Boys, Marley Marl, Prince Paul, DITC. There's so many more, but those are the names that stick out in my mind when I think of the most consistent output of music that impacted me personally.

You mentioned you have been working in the studio a lot, what are you working on and what do you have planned for the rest of the year?

I'm currently working on an album with Abdominal, hopefully due for release towards the end of this year. We've made a lot of songs together over the years but this will be the first time we've made an entire album together, so we want to take our time and get it right.

In the meantime, I'm about to release a compilation of funky '60s/'70s psych records on BBE Records called DJ Format's Psych Out. I wanted to share some of the great psychedelic records I've been collecting over the years as it's another one of my musical passions besides soul, funk & hip hop (and jazz...and Latin...damn, there's too much!) I'm really hoping that people who usually trust my musical judgement will check out the compilation and be pleasantly surprised by all the fuzz guitars etc.

What do you think to the recent resurgence in people buying records on vinyl again?

I've got mixed feelings about people buying vinyl again. On the surface it seems like a good thing to an old dinosaur like me who never stopped buying records while it was 'uncool', but in reality there’s a lot of people buying records who don't even own a turntable! I've seen it on the news recently and I've experienced it first hand when people have bought my records from me at shows, saying they just want to put the cover on their wall. The artwork, not to mention the sleeve notes, always attracted me to wanting to own certain records so I can understand that desire. It's just a shame that the major record companies are constantly repressing new copies of classic albums that are still easily found second-hand in perfect condition, for a fraction of the price. These kind of records are typically stocked in clothes shops like Urban Dogsh*tters and bought by hipsters who have more money than sense.

The knock-on effect is that people like me have to wait months to get a new release manufactured because the vinyl pressing plants are giving total and utter priority to the major labels who have recently jumped back on the vinyl bandwagon, 20+ years after trying to kill it by conning people into repurchasing their entire record collection on 'superior' CD! If some people are too stupid or lazy to go into a second-hand record shop on the other 364 days of the year that aren't Record Store Day, maybe they deserve to be ripped off. It's scandalous how the vinyl pressing plants suddenly forget about the small labels who never stopped pressing vinyl and kept them in business when the major labels were effectively trying to render them extinct. Like in every business situation, there is no loyalty, no humility, it's all about making the most amount of money RIGHT NOW… regardless of who gets trodden on.

Your gigs always seem to create good vibes. What can we expect from your upcoming Sheffield show?

Yeah I do usually play 'feel good' music, whatever the genre. I don't plan on playing too much hip hop as I'm playing straight after the Haggis Horns so I think I'll need to continue with the fast and furious pace they set. I'll most likely play lots of funk, soul & Latin. The party people in Sheffield are usually very open-minded and responsive to whatever I play, so I'm looking forward to having the freedom to play whatever feels right on the night. Maybe I'll end up playing some hip hop after all, we'll see...

Are you excited to be on the line up with The Haggis Horns live?

I'm really looking forward to it. I haven't heard those guys play live for quite a while now. They always play with an infectious energy. I just hope the audience still have some energy left for when I start playing!