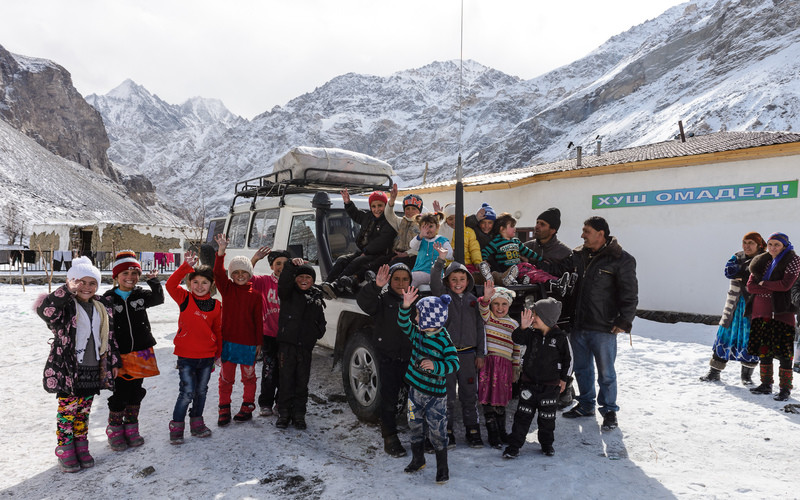 From Sheffield to Tajikistan

Over the past 18 months, Party For The People have donated the booking fees from events by Sheffield promoters Just Shake (Nice Like Rice and Cosmic Disco), raising money for a number of their chosen causes - including a charity based in Murghab, Tajikistan called the Public Organisation OUR. PFTP contributed to the total of £1,700, which was donated for a shipment of much need supplies; food, fertilizer and medicines sent to a collection of remote villages on the east side.

Steven MacKay, co-founder of Just Shake and Nice Like Rice, has previously been to work with the charity. We caught up with him to tell us more about Tajikistan, and how the collaboration came about.

“I spent some time working with the Public Organisation OUR team when I was driving across Central Asia. We stumbled across them by accident - they are a very small charity with no paid members of staff, we were completely humbled by their sentiments and work-rate. We ended up selling our car and giving them the profits for an aid shipment which we helped put together and then distribute in the Bartang Valley. The 48 hours spent travelling and working on the shipment changed my perspective of rich and poor.”

“The people the charity are trying to reach are almost completely isolated and are battling some of the harshest conditions. Having seen the conditions and how hard the team work, it was an easy decision to carry on supporting them. I hope we can continue to do so!”

“Tajikistan is divided between the relatively low-lying regions on the west side, and the mountainous region of the east that makes up the Pamir mountain range. The mountainous region on the east is known as the Gorno-Badakhshan Autonomous Region (GBAO), which makes up 50% of Tajikistan's land, but only 5% of the population. The conditions are extremely inhospitable and some of the people are extremely poor. Travelling there in winter, we'd regularly stay in houses that consist of one room with a stove in the centre with 7+ people sleeping on blankets on the floor. Temperatures can reach -40c; in early 2017 we were told some of the livestock were freezing to death overnight.”

Public Organisation OUR responded to the donation by saying:

“Thank you all who are with us! Our team greatly appreciates your help and support! The greatest privilege that is given to man is to be the cause of good change in someone's life!"

Read more about Steven's work and donate to the Public Organisation OUR through his GoFundMe page.