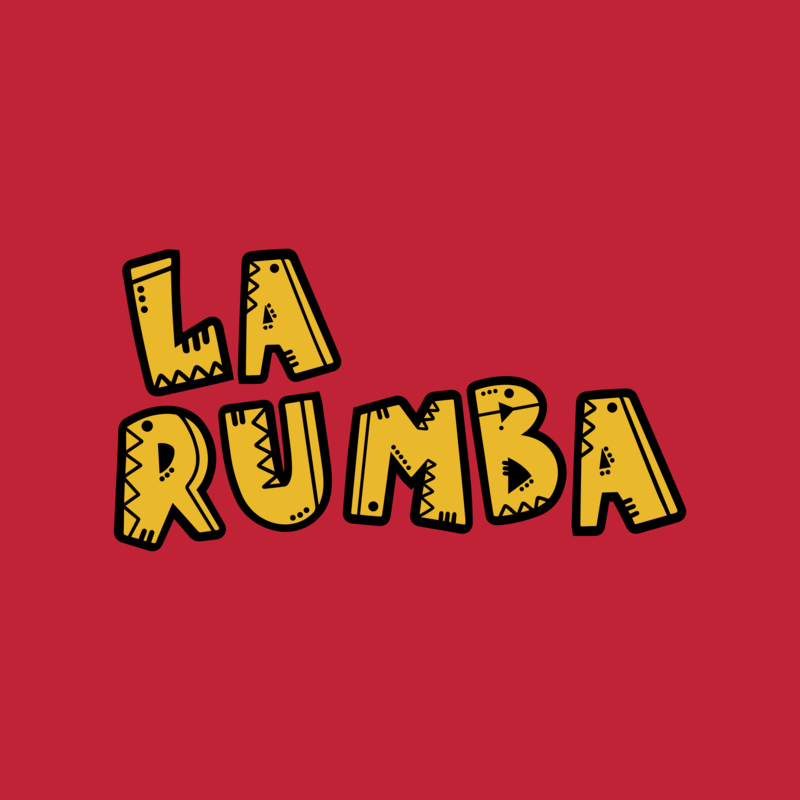 People of the Party: Getting Groovy with La Rumba

La Rumba has made quite the splash in Sheffield’s nightlife scene of late - their penchant for a broad range of global beats and a keen eye for a killer guest booking have earned them a growing reputation (and a string of sold-out shows) within the steel city. Previous guests include the likes of Romare and Groove Assassin, whilst only last month the team organised Sheffield debuts for both Deli Sosimi Afrobeat Orchestra and rising star Aroop Roy, whose productions and DJ sets alike draw wide-ranging influence from house and techno to jazz, afro, and funk.

With the La Rumba team now just over a year and a half deep into their journey, we thought it a good time to get in touch and learn more about them and their vision...

Román: Not bad thanks, yourself?
Marcelo: Great, cheers.

Brill, all good thanks. Firstly, for those new to you would you mind explaining a bit about La Rumba, who you are and what you’ve been up to so far as an events team?

Román: So, we’re a music events team based in Sheffield and we’ve been going for a year and a half now, I started the night and Marcelo soon joined after playing for us a couple of times. La Rumba started as a night where we wanted to create a fun, friendly and welcoming atmosphere through the music we play, and we still aim for that vibe at all our shows.

Marcelo: We book artists that play all sorts of genres, but mostly inspired by African and Latin-American sounds. We’ve held most of our shows at The Harley and one recently at Yellow Arch Studios, with Dele Sosimi Afrobeat Orchestra, Pangaea, Romare, and Krywald & Farrer joining us to name a few.

In your bio you describe your music policy as “globally-inspired” - do you mind going into a bit more detail on what sounds/genres and influences particularly define what you’re about?

Román: Aha, we’ve played around with the branding quite a bit you know, but something about “All kinds of genres but mainly on an Afro/Latin-tip” just doesn’t sound right. In all honesty, I hate labels and DJs should play whatever feels right. The ethos behind La Rumba is the feel-good & friendly vibe whatever the genre, but we’re both inspired by the weird & wonderful sounds from Africa & Latin-America that inspired so many other genres themselves. A lot of common genres like House, Jazz & Disco came from Hispanic and African-American subcultures which we play too, so “Globally-inspired” seems quite fitting.

I think it’s a heritage thing too. Marcelo’s half Brazilian and I’m half-Venezuelan which is reflected in our music styles in a way. Marcelo loves his Afrobeat, Disco and Bossa Nova, and while I still play a load of Afro & Latin stuff, I tend to delve into more Electronic & Tribal/Percussive House.

An insight into the name – “La Rumba” is obviously a Cuban dance style, but it’s also used throughout Latin America as a synonym for “party”. So, when somebody says “Donde está La Rumba?”, they’re asking, “Where’s the party at?”

You’ve booked some top draw DJs so far, but also we see you like to bring a “live” aspect to your parties too. Recently there was the Afrobeat legend Dele Sosimi’s and his band at Yellow Arch and you’ve invited Afro-electronic fusion collective, Afriquoi to perform next month at The Harley. What’s behind this approach and is it something you’ll continue to do moving forward?

Román: The live aspect definitely makes a show more exciting and different to the usual 2/3 DJ sets on a night, and likewise throwing in a DJ set with an all-live show. A ‘La Rumba Live’ show has definitely crossed our minds, but who knows what’s instore just yet.

Marcelo: I think what we’ve noticed most is that people appreciate something new and different from a club night. So, like with Dele’s full live band playing at Yellow Arch or Afriquoi playing a DJ set with live percussion, we’re always looking for new ideas to switch it up a bit.

You’ve played most regularly at The Harley so far... It seems a lot of promoters find their feet there when starting out (PPG, Nice Like Rice etc). Obviously, nothing happens in isolation but what do you think it is about the venue that makes it such a breeding ground for new club nights etc?

Román: The Harley is easily one of the best venues in Sheffield. It’s got everything you want from a venue; wicked sound system, great staff, a central location certainly helps, but I think it’s the openness from everyone to try new things and The Harley’s regulars get behind a lot of the new stuff.

Marcelo: I think both students and locals recognise The Harley for having fun, diverse and informal nights with a different music policy to the more commercial parts of the city. This, along with the team behind it who are always willing to try something different with new promoters really makes it the full package.

It’s fair to say that this generation of ravers is quite open-minded in terms of what they’ll dance to in a club. What’s behind this attitude do you think? Who do you think are the key “scene” figureheads that have pushed this eclectic approach?

Román: Well, this is only a 22-year old’s take on it, but I think social media makes a significant difference. It only takes one big video of an artist or new tune to do the rounds and everybody’s straight on it. There are obviously the more commercial artists bringing new people into dance music as they’re plastered over the internet playing all sorts, but for me it’s the guys like Hunee, Ben UFO and Four Tet at the top that are pushing these eclectic styles.

Marcelo: Yeah, DJs like Hunee and Palms Trax are doing an incredible job of bringing these eclectic, global sounds to such wide audiences and it’s these guys that are spearheading such a movement.

Also, I think it’s really cool to see collectives and individuals outside of the Eurocentric scene we’re in bring their sounds to an international audience. We’ve got Selvagem from Brazil tearing up Dekmantel and South African DJ Okapi still gaining success from his Afrosynth blog to name a few and hopefully, there’s much more to come.

Could you pick 2 or 3 tracks that you’ll often reach for in opening sets, that are good representations of the night’s identity and sound? (I guess this depends somewhat on who you've booked for the main slot, but..)

Román: That’s a tricky one. We’ll have to give 2 each as there’s too many. Probably:
Unknown - Oye Como Va (Krywald & Farrer Edit) (Original by Tito Puente)
Alma Negra - Mageko

Marcelo:  As you say it depends a lot on the kind of night but here is a couple I always enjoy playing:
Adriano Celentano - Che Cosa Ti Farei (Jolly Mare Lifting)
Midnight Express - Squeeze Me Baby

Finally, what can we expect from La Rumba looking to the future? You seem to be making the move towards larger multi-room warehouse parties?

Marcelo: Well that would be telling now wouldn’t it?

Román: First of all, we’re hosting a room with Esa for Sweats on Halloween which we’d fully recommend, our super special DJ Set/Live combo with Afriquoi on 10th November + a special guest to be announced, then we’re making our Hope Works debut with Cain later that month. We’ll have a few more at our favourite pub/club no doubt and perhaps some bigger events featuring a live act or two and our first international artists. Stay tuned.

Thanks, guys. Check out La Rumba's artist page here to keep up to date with all their gigs and comings and goings!