Over the past year, Leeds-based party Puddles has made impressive waves in the Leeds nightlife scene. Starting at local venue Hyde Park Book Club, before moving on to more traditional nightlife spaces, they have helped to foster a close-knit community within the city. Before their next party, an Acid and Electro special on 27th April, we caught up with the three brains behind the project - Jimmy, Lydia, and Matthew - to discuss their night, the music that has inspired them, and their charity focus.

Hi guys. For introductions, could you tell us your names and where you are from?

Jimmy: Jimmy Caldwell, originally from Manchester but currently based in Leeds City centre.

Matthew: Matthew Lloyd, Manchester and currently a student in Leeds.

You’ve been running your night Puddles for just over a year now. Could you tell us a little bit about how it began?

Lydia: I’ve known Matty since college although we didn’t really speak haha. But when he moved to uni in Leeds I was selling tickets for Butterside Up and he messaged me to pick one up. I saw him on loads of nights out at Wire and we became the best of friends, as you do in Leeds. I introduced him to Jimmy on most of these nights, and we all got along really well. They both had a passion for collecting record and discovering new parties, so it just made sense for all of us to put our heads together and start something of our own. It wasn’t until later that I caught the bug and started collecting records of my own. We still can’t really pinpoint how we got to the name Puddles though.

The musical policy has been remarkably broad at Puddles’ events. How would each of you individually define your musical tastes?

Jimmy: You’re right. Puddles has never really tied itself down to a specific genre and that’s how we aim to keep it. Personally, I’m into music on the heavier side of the spectrum. Acid, Techno & Electro is what my record collection is mainly based around. You can probably tell who came up with the theme of our next party.

Lydia: My music taste has broadened quite a bit over the last couple of years as I’ve started listening to a lot more Jazz and Broken Beat, which is what most of my very limited record collection is made up of. I also listen to Electro, Techno, Balearic, House, Disco, and everything in-between. I’ve always loved to listen to a multitude of genres and my old iPod classic is living proof of that!

The broad musical spectrum has also meant that the lineups are noticeably different each time. Some nights have centred on DJs who play quite hard, whereas others have brought in more esoteric selectors. Is this a conscious choice to try make each party distinct from the last?

Matthew: Up until the last show it was mostly our mates/local DJ’s from Leeds and Manchester who we know have beautiful record collections.

Jimmy: Whilst we try our hardest to make each party memorable and different from the last, the main reason for this is because we each have very different tastes in music. Each month, we take it in turns to have a go at choosing the direction of the party and who would be best suited to that style. Our last act Bahamian Moor, was brought to light by Matty after he showed us their Trilogy Tapes mix on Soundcloud. One thing led to another and next think you know, they are DJing in a Hyde Park living room at a Pudddles after party. So I guess our personal styles and tastes have shaped each night differently as well as the selectors.

Are there any particular songs that have been played during Puddles events that have stuck with you?

Matthew: I think one of my favourite songs was played by Tomcat during his early 2000’s hiphop set. Hangin’ Out In Space had just been dishing out some amazing Cosmic Disco then Tom comes on and plays ‘The Alchemist ft. Prodigy, Illa Ghee & Nina Sky - Hold You Down’ and brings back all the nostalgia.

Lydia: One of my favourites was when Jimmy played 'Members Of The House - Summer Nites (Kornél Kovács Remix)' as his opening track after our friend High Lucia had just finished his live set. This was the very first Puddles and was definitely the most memorable for me. It really showed how the diversity of the music can change so quickly at one of our nights.

Jimmy: For me it has to be Michael Upson opening his set with an acapella of 'It’s Raining Men'. The boy didn’t hesitate in getting to the point.

How do the three of you work together when planning your parties? Who does what, and does this change from event to event?

Matthew: Lydia and Jimmy do all the planning and social media, and Matthew is just a pretty face.

Lydia: We also use WhatsApp a lot, probably too much, but face to face meetings always just end up in us hanging out and not really doing Puddles things! We get easily distracted.

Jimmy: If Puddles was a company I would be the director.

Your events started off - like many in Leeds - at the Hyde Park Book Club, before migrating to more nightlife focussed venues. How important do you think the Book Club has been to fostering Leeds’ explosion of community-focused clubbing?

Jimmy: Hyde Park Book Club is a great venue for anyone looking start a new night. We will never forget the first parties we put on there. What we loved about it was the space itself, it’s a small intimate venue that is extremely versatile. We used to throw “before going out” parties upstairs 7-11pm, that would get people in the mood for the bigger nights Leeds had on offer. With that being said, we used to pack out the place! It was always heartbreaking having to turn the music off so early. It never really gave us the chance to dig deeper into our record bags and really go full force. The night in general certainly brought a community element, as the residents of Hyde Park had the music literally at their door step. It was a great way of putting on pressure free events that gave us a lot of joy at the time.

Like many Leeds parties, you donate your profits to charity. What made you make the decision to do this?

Lydia: Donating our profits to charity is something we’ve had our sights on since we started the parties when they were free entry. There’s a couple of reasons why we’ve had our hearts set on this. First of all, most of the Puddles crowd in the beginning and still a year on now is made up of our friends. So we didn’t want to make money off them, as they come down to support us each time! Another reason is we really want to give back to the local community and give club culture a good name. There are a lot of nights across the UK, and specifically in Leeds, who donate their profits to charity such as Brudenell Groove and Cosmic Slop. And they inspired us, and I’m sure many others to do the same. I think it’s really important especially with the current situation in the UK: with so many clubs, venues, and parties closing their doors or not being able to operate anymore. It's important to ensure that we show how club culture and parties can be beneficial not just to the economy, but to people socially. I think if this was highlighted more within the media we would have a lot more support from the older generation who are making these decisions. Our next party is supporting a charity everyone should have heard of and if you haven’t give them a google now: Music Arts Production (MAP) Charity in Leeds. We’ve chosen this charity as they are currently raising money to provide a secure home for their charity/alternative education provision. They do amazing things for the children they teach who are at risk of exclusion from mainstream education, offering qualifications and giving them a real line of sight to creative employment opportunities. I will also be volunteering there in my spare time so it felt right making MAP the charity we donate to for this party.

Recently, you have found a home at Mabgate Bleach. Could you tell us a little about why you chose this space and what it offers?

Jimmy: After we decided we wanted to expand Puddles, I went on the hunt for a new venue to host our nights. We wanted to keep that DIY house party kind of feel, but simply try to increase the numbers and have a later curfew. We were also looking for a new space that hadn’t been used for club nights before. I saw a band post about playing at Mabgate Bleach on Facebook and started checking out the venue online. I instantly saw what I liked and dropped them a message asking if they ran club events. I didn’t get anything back for 5 months and when I did, me and Lydia went down to check it out. For those of you that haven’t yet been, it’s a 120 capacity room that’s used for small gigs and band practices, perfect for what we wanted. The whole place brings a very relaxed atmosphere to clubbing with no strict door policies and very laid back staff. It offers an alternative side to club culture, which Leeds is seeing much more of. The venue fits the Puddles ethos of not taking itself too seriously and creates an environment that welcomes everyone from different backgrounds. It’s also refreshing to work with a venue that is keen to hear about any new ideas you have to further your night. We have been speaking to Danny James “The Owner” about doing future collaboration events with bands who practice there. He has been a great help in getting us on our feet at Magate Bleach and has worked with us to ensure our events run as smoothly as possible. Massive shouts to Danny for sticking with us after the noise complaints and the fire alarm incident.

Your next party is an Acid and Electro special. Do you each have a particular acid or electro track you would love to hear on the evening?

Matthew: You’ll have to come to the night and find out…

Thanks for your time guys! If you think you might wish to dip your toes into Puddles, then tickets for their next event are available from Party For The People from this link. 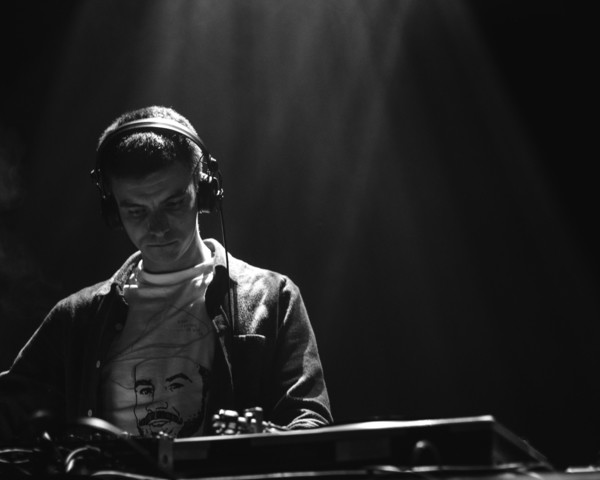 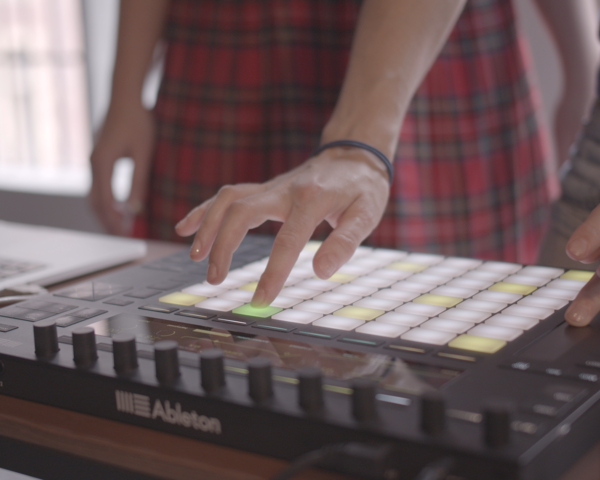 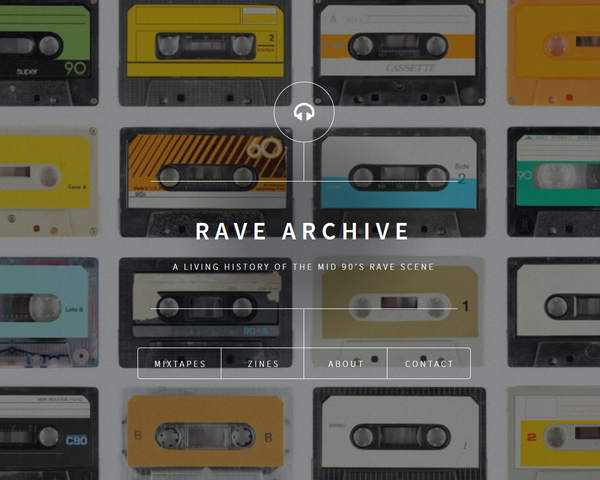 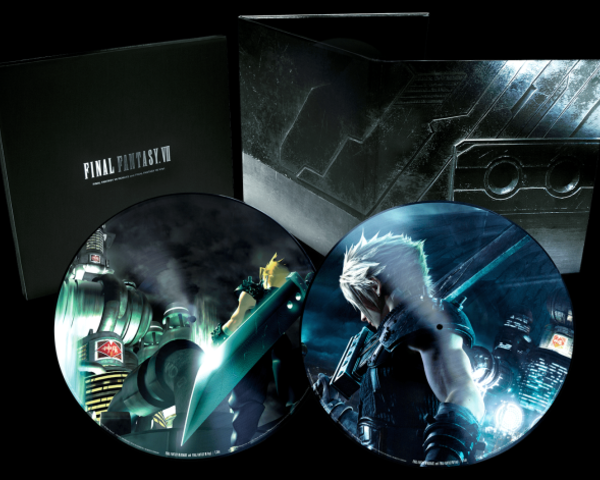