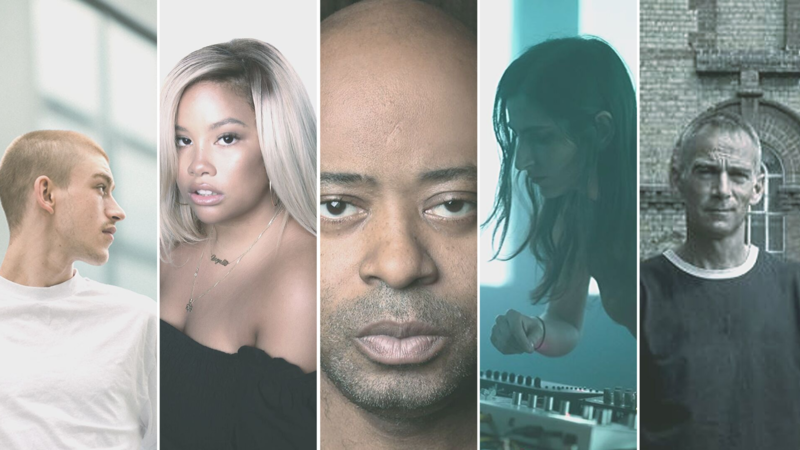 This year's No Bounds festival is on the horizon — a weekend of music, art and technology taking place across various spaces in the city, from museums, warehouses and galleries to swimming pools and underground tunnels.

Kicking off the weekend there’s an opening concert at Kelham Island Museum, then a rave apiece on both Friday and Saturday night at Hope Works, a closing party at Foodhall plus a host of workshops, installations, talks and exhibitions in between. We’ve taken on the task of digging through the comprehensive lineup and selected five artists to make sure you check out over the course of the weekend.

A member of the Nuxxe crew alongside Sega Bodega, Oklou and Coucou Chloe (whose set at last years No Bounds was an early highlight), South London’s Shygirl delivers dark, deadpan vocals that sit amongst industrial, grime influenced club tracks. Her sound is dark, claustrophobic, abrasive and clinical — forward thinking, unashamedly UK club music with a unique vision. Catch her playing live at the opening rave on Friday night.

Local young gun 96 Back has had a crazy year — his debut full length ‘Excitable, Girl’ was released on Sheffield’s legendary CPU records, and a new EP featuring remixes from electro heavyweights Sync 24 and Jensen Interceptor is also on the way. His signature production style of colourful, IDM inflected electro (with the local bleep techno influence shining through) is a breath of fresh air. Outside the box but rooted on the dancefloor in function, he’s definitely one to catch over the weekend — check out his wicked promo mix for the festival below.

Founder of Brooklyn’s ‘Mutual Dreaming’ party series and the Sustain-Release festival, Aurora Halal has made a name for herself as a leading figure in New York’s DIY techno scene. Her ‘Liquidity’ EP out last month refines the hypnotic, spacey and restrained techno style she’s been pushing over the years. She comes to No Bounds with a live hardware set — expect trance inducing, hazy, pummelling euphoria, perfect for the sweaty Hope Works warehouse.

Detroit techno and electro legend Juan Atkins, the man behind Cybotron and Model 500, is widely credited as one of the foremost pioneers of techno. From Detroit electro classics like Cybotron’s Clear (released in ’82!) to his more recent spaced out, dubby excursions (like this collab LP with Basic Channel’s Moritz von Oswald), versatility, clarity of vision and a wealth of experience make Atkins a legend in the game.

The past two years of No Bounds have seen the weekend closed off with ‘Wet Sounds’, an immersive, ambient experience at Heeley swimming baths on the Sunday evening. Atmospheric lighting and twinkly, calming ambient and drone play both above and under the water, as listeners swim / float in the pool. Carrying on in this fashion, this year sees Sheffield legends and Warp Records pioneers ‘The Black Dog’ coming to play an exclusive ambient performance at the pool for a deep listening session. It’s set to be a great way to finish off the weekend’s partying and noise — losing yourself in a calm sea of light and sound.