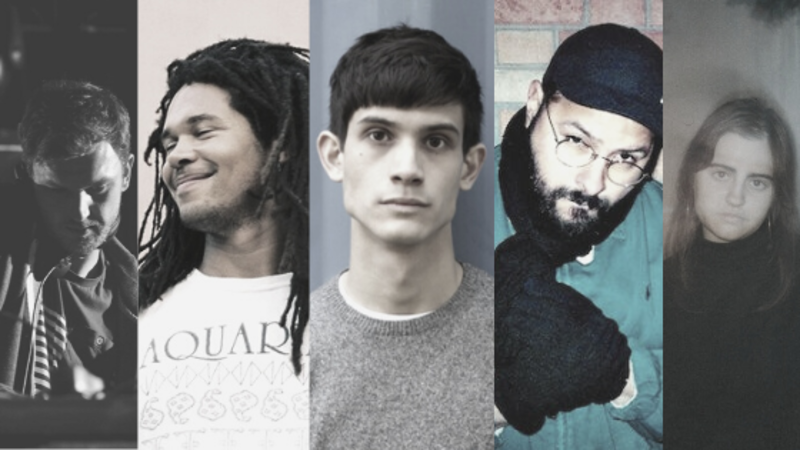 Sheffield: What’s on in December?

With Sheffield’s club schedule hotting-up again after a relatively sleepy November, we’ve decided to round up our pick of parties happening during December. Big names such as Objekt, Bradley Zero, Breakage and Donna Leake all play at various times during the month, whilst a host of grassroots and up-and-coming talent feature across the array of nights on offer..

The Rhythm Section label Boss & NTS Show host returns to Sheffield for another all night long set at Bal Fashions. The venue hosted Bradley Zero for one of its first nights back in 2017, where the completely sold-out crowd were among the first to experience the new event space on Exchange Street. Round two of his musical exploration through house, disco, techno and more— has been long awaited & tickets are on final release. Expect a sold-out night much the same as two years ago. Tickets via PFTP

For what is potentially their last ever show, Sheffield’s charitable party standard-bearers Rave & Raise return to The Night Kitchen for the second time this year. Two of the venue’s three main rooms are open for this one, with Mr Multiplex hosting the basement whilst the crew’s residents take the helm for the night in the pipes room. All proceeds will be going to St Wilfried's Centre, a vital day centre for homeless, vulnerable and socially excluded people. Tickets via PFTP

It is nearing the end of another consistently successful year for Hope Works. In the last few months alone the minds behind the much-loved warehouse venue have pulled off the third edition of No Bounds Festival, hosted the latest in a string of Boiler Room X Hope Works collaborations & received yet another nomination for Best Small Club in DJ Mag’s Best of British Awards 2019. To celebrate the successes of the year, the team is throwing a Christmas Party with residents Batu, Ifeoluwa & Lo Shea plus Hope Works regular — Objekt headlining the bill. 2019 has been a big year for each of these DJs and Producers, so expect a first-rate, five star Hope Works Rave.

Barang! are celebrating their 3rd Birthday by going full circle and bringing back Dub Boy & Atki2, who played their inaugural event in 2016. Support is provided by Barang! residents Nimble Jack, Kom Kom & Kwaitek and one of Sheffield’s rising stars in the scene — Gracie T. As always, the night will be a “Global Adventure in Bass” navigating through Afrobeat, Soca, Kuduro, Dancehall, UK Funky, Gqom, Reggaeton, House & Techno.

The club night runs 10pm-4am, but anyone who wants to start early can head to DINA from 7pm for a Vegetarian & Vegan-friendly meal. There’s only a limited number of Dinner + Clubnight tickets available so buy them now to avoid disappointment. Tickets via PFTP

Dryad Works has provided a welcome antidote to the trend of independent venue closure that has haunted Sheffield & the rest of the UK in recent years. The first few events have proven the venue’s worth, and the trend of success is set to continue as highly renowned Drum & Bass Producer/ DJ— Breakage steps up to the decks this Saturday for a 90-minute set. He’s joined by unorthodox production wizard— Sully, a representative of the newer jungle generation who’s unique approach to production and selection has gained him an ever-growing fanbase.

Displace, DJ GAW, and a b2b from Lunar and Thompson UK complete the line-up. The heavyweight Komatik Audio are providing the sound, so expect to hear the venue before you see it.

GROUNDWORK have also gone from strength to strength this year. Highlights include the release of Porter Brook’s EP, GROUNDWORK 01 on their label, a heaving Mesters Takeover with Pearson Sound, and several more banging 12am finishes in the room above Shakespeares.

This time, the founders take us to an undisclosed venue, that remains close to their roots of throwing intimate but impressive parties: BYOB, strictly 80 cap, with a 4 point sound-system to ensure high quality coverage from all positions on the dance floor. In addition to a high calibre collaboration from GROUNDWORK’s co-founder, Hev and Meridian R of Cycle— DJ/ Producer, JAY will bring her dark & drum focussed techno selections to Sheffield for the very first time. Tickets via PFTP

Donna Leake’s warm and endlessly varied vinyl selections have earned her a reputation that precedes herself. Having cut her teeth on the Brilliant Corners Audiophile sound system in Dalston, she’s gone on to share her non-traditional approach to club music in countless locations around the world. Apricot Ballroom have invited her to Bal Fashions for a four hour set, which will put the superiorities of analog sound on display, and undoubtedly showcase her own vast musical knowledge.

7Hill have made an undeniable impact on the landscape of Sheffield nightlife in the last year, booking names like Identified Patient & Black Merlin at their own nights, and providing support for Helena Hauff and Rebekah at Hope Works in September. Returning to the High Density Energy Chamber that is Mesters, the 7Hill boys are bringing the almighty Low Jack and MLE with them for a night interweaving pitched down EBM, techno, electro, bass, dancehall and more.

In anticipation of what promises to be hell-raising night, 7Hill advise that “this might be the best party ever to be held in Sheffield history. Missing it would bring a life of regret and dissatisfaction.”

Moonrise is back once again to raise money and awareness for Friends of Irise; a Period Poverty charity. This time, Peachy UK will be returning to Sheffield to take over the Café Area and provide bass-heavy selections of dubstep, grime & UK Funky. The First Lady of Peachy herself, Tino is returning to Sheffield for this one, fresh off the back of her first live-streamed Boiler Room set at Bass & Percs #5, to go b2b with Clowds and Lunar.

In the main room, expect an eclectic range of styles and genres around the world. Moonrise regulars Empress (Mango Disco), Román Rocha (La Rumba) and Colecta (GRL. & UK Mondo Radio) are back, alongside GRL. representative Amina and Smorsli from Pretty Pretty Good. The night would of course be incomplete without a high energy performance from Sheffield University Samba Band who will also be returning to complete the line-up. 100% of proceedings go towards Friends of Irise, and the event is set to sell out; so get your tickets while you can!