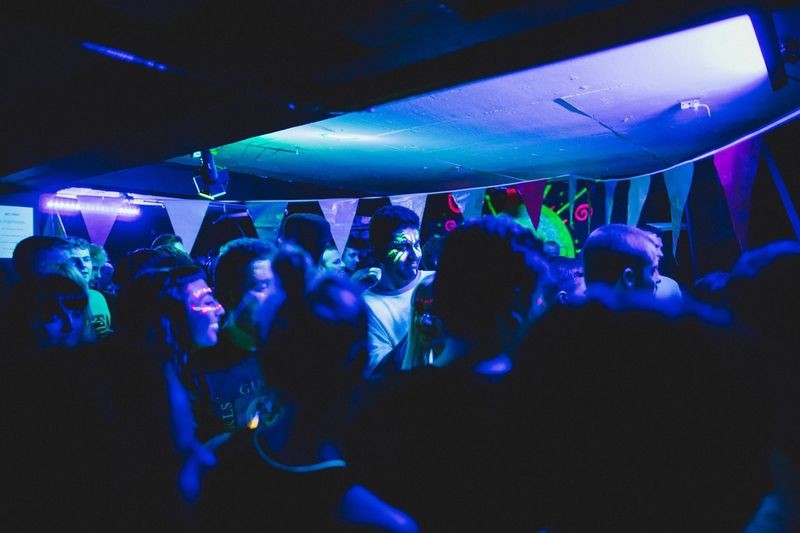 For our 3rd edition of People of the Party, we are shining a light on non-profit Drum & Bass promoters, Rave & Raise (Hayley Woods, Louis Estherby and Lewis Gwynn). Over the last 2 years, this team of philanthropic party people have been putting on nights across Sheffield, combining their passion for underground music with that of fundraising and promoting social change.

Founder Hayley Woods described the genesis for the project to us. Troubled at seeing people living rough on the streets of Sheffield, she decided to take action and raise funds for local homeless charities. The idea resonated, and before long local venue - The Harley - was on board to provide a home for the emergent club night. Fast forward two years and the crew have firmly established themselves within the city, raving and raising for a number of causes ranging from homelessness support (Roundabout) to youth suicide prevention (Papyrus). Their latest edition saw them deck out The Night Kitchen with UV paint and host a plethora of local D&B talent, with all proceeds going to Sheffield Mind.

“We were inspired by Displace’s nights, they pick some of the best Drum & Bass artists. They’re such humble people as well, they’re always willing to help out ..ever since we first started” - Hayley Woods

Remedy (Serum and Dr Meaker Remix) by Dr Meaker, a Rave & Raise favourite and track that defines the night.

On top of the fundraising motives, it is clear that a passion for the music and desire to provide a platform for local DJs is core to their vision. “One of my main motives and purposes for Rave & Raise was to help promote Sheffield student DJs and get them out in the scene, get them known, and help them progress” said Hayley. Co-founder and resident DJ Lewis Gwynn told us more about their music policy, which is centred on D&B and its subgenres, from Liquid, to Jump Up and Minimal. With no less than 6 resident DJs in the crew, their musical tastes understandably vary, though a penchant for dark, gritty sounds and textures is common throughout.

Follow Rave & Raise’s artist page here to keep up to date with all their gigs and comings and goings.