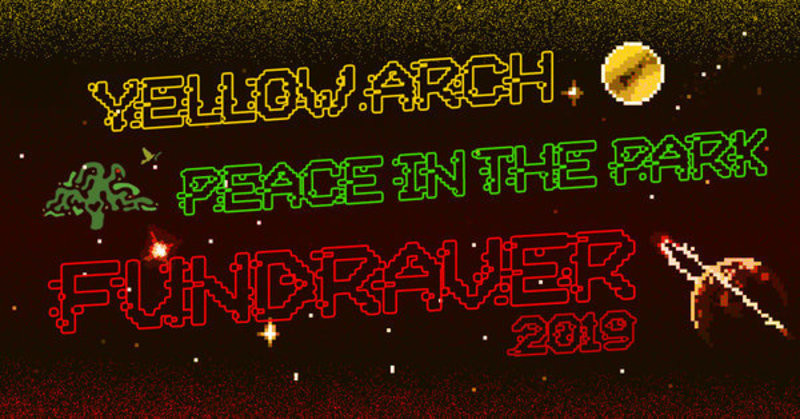 Following the success of last year’s event, Yellow Arch Studios are set to host the second annual Peace in the Park Fundraver on Saturday 6th April.

The bill represents an off-the-scale celebration of Sheffield’s underground music promoters, DJs, MCs & sound systems and will host a number of the scene’s staple names.
There are around 50 crews set to perform at the event, from city giants such as Tuesday Club and Pretty Pretty Good to underground favourites Groundwork and Mizik Nou.

Yellow Arch’s night, which raised a massive £3000 last year, will aim to collect money for the important infrastructure that allows the yearly Peace in the Park festival to take place.
Peace in the Park was originally started as an anti-war protest festival in 2003, but has since evolved into a loving annual celebration of peace, music and the city of Sheffield.

We contacted Yellow Arch’s Venue Manager, Spencer Edwins, who gave us this run down of what’s in store:

"Sheffield's underground community unites for one night to raise funds for one of our favourite community festivals, Peace In The Park. With over 50 DJs across 3 rooms, representing every corner of the Sheffield dance music scene, we can guarantee there will be something for everyone. After raising over £3,000 last year, we hope to raise even more this time round by throwing another unforgettable party"

Advance tickets were made available after early bird tickets sold out in a matter of days last week.