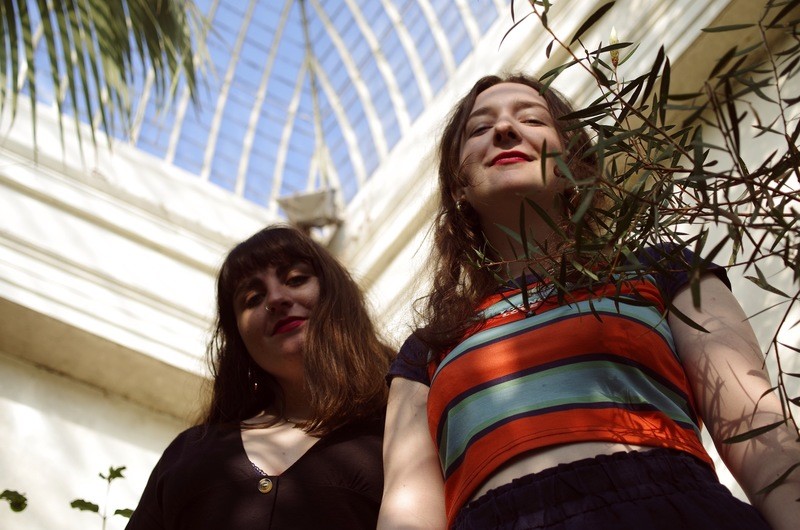 Sheffield’s newest DJ collective, GRL, made a substantial splash on the scene last month when they packed out Foodhall for their opening event.

Currently comprised of Emily Hunnybun and Meg Hartman, two students at the University of Sheffield, GRL aims to provide a safe environment for women and non-binary DJs to play what they want, how they want. We caught up with the GRLs ahead of their sophomore event later this month to chat about their inspirations, struggles and visions for the collective’s future.

So just explain to me what GRL is all about and how it came into being..

Emily: I feel like it started off as a drunken thing

Meg: I don’t think I was drunk!

Emily: Okay, I was very very drunk when I agreed, but then I woke up in the morning and I was like ‘yeah, let’s actually do it.’

Meg: I think it started as a series of conversations about feeling that although Sheffield does have a diverse music scene, there’s nothing that felt like it was specifically for women, girls or non-binary people, or people who haven’t had a chance to begin. It all felt quite professional, so we just wanted to create a platform for those people.

Emily: Yeah, there’s two types of intimidation. You’ve got quite these masculine dominated space and then also the fact that there are people that are really good are what they’re doing, so we just wanted to create a kind of ‘give it a go’ atmosphere. Anyone’s free to get involved. At our last event, a few of the girls had never actually done it before.

How important is it to you guys that you host the night at a place like Foodhall?

Meg: I’ve been involved with Foodhall quite heavily over the past seven months. I think it’s important that it’s there because it’s a space for everybody, made by everybody, and I think that ethos runs through GRL. To be able to support everything that Foodhall does just beyond the Lates fundraising is really important to me because it’s one of the best things in Sheffield.

I guess it also allows you to shed the intimidating baggage that might come with hosting it elsewhere, seeing as other places might have a more clearly established hierarchy about how things should be done and who does them.

Meg: Yeah, and also I think because it’s slightly out of the way of everything else, when we’ve sent out the feedback from the first GRL, we had people saying that because of its location and because of the nature of the space, they felt completely safe there. People said they felt like they could be with their partners or dance the way they wanted to without fear of judgment.

Emily: You’ve got several spaces within it as well. You’ve got the dancefloor and then you’ve got people socializing and chatting. 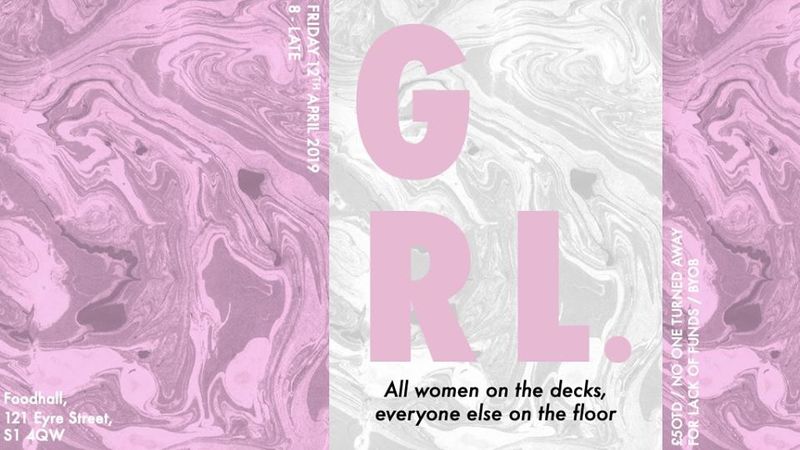 Tell us a bit about your plans to host workshops with vulnerable women’s groups..

Emily: So first of all, lots of women and non-binary people do want to get involved, but might not know where to start. We wanted to host some workshops and also use the DJ skills as a way of bringing different people together. I don’t want to say it’s cathartic or be like ‘music is healing’, but you know what I mean.

Meg: I think the idea is that we want to host an open set of workshops which will have the social eating aspect as well.  Obviously, with it being at Foodhall, that’s really important. As well as sharing culture, you’re sharing food - you’re sharing everything. That one will be running on a suggested donation kind of principle.

As well as that, we want to have a kind of closed subsidized sessions for specific women’s groups. We really want to work with SWWOP, which is the sex worker’s group in Sheffield, and with ASSIST and Ashiana to create these workshops for women and non-binary people who maybe wouldn’t have access to those skills.

I know it’s still early days for GRL, but you’ve had a really good reception so far. What are your other plans for the night in the future?

Meg: What’s really important to acknowledge is that we’re not the only people doing this right now. There are lots of girls across the country doing a lot of similar things. So you’ve got All Hands on Deck in Manchester, you’ve got Intervention in various cities throughout the country, but I think maybe predominantly Bristol and Leeds. It’s about creating connections with groups who are doing similar things, because we can’t take over the world on our own, as much as we’d like to. You’re always stronger collaborating with other people and with other groups. Solidarity with our sisters!

Have you reached out to many of those groups already?

Emily: A few of them have reached out to us, which is really cool.

Meg: It would be really cool to have a sort of day festival that maybe changes location each year around the various cities where the collectives are popping up. That’s a new idea.

So just to finish - what are both of your go-to floor fillers?

Emily: I can’t even pronounce mine. It’s ‘No Hay Igual’ by Nelly Furtado.

Meg: I’ve got to think. I’ve got to say something that will make me come across as cool. You know what, I’ll go with ‘Via Botswana’ by Professor Rhythm. That’s like one of my favourite songs.

GRL’s second event will take place on Friday 12th April at Foodhall, with all tickets available on the door.