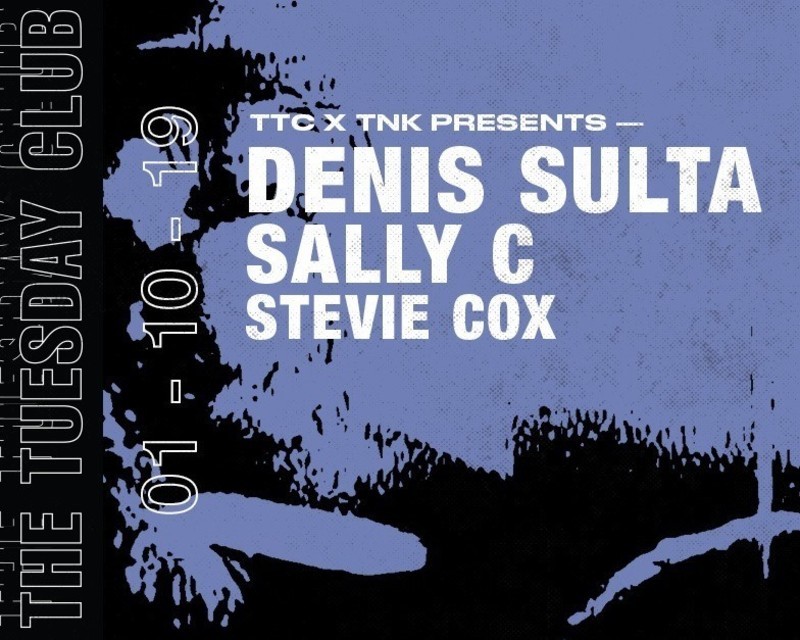 The original headliner for this event, Denis Sulta, has had to cancel his performance due to unforseen personal circumstances. However, the TNK and Tuesday Club teams have managed to secure a replacement in the form of legendary German DJ, Gerd Jansen.

The promoters are working on an alternative date to bring Denis Sulta and Sally C to perform.

On the 1st of October 2019, Denis Sulta plays the Foundry as part of a night put on collaboratively by The Tuesday Club and The Night Kitchen. The Glaswegian producer and DJ is joined on the night by the Berlin-based Sally C as well as Pretty Pretty Good resident, Stevie Cox.

Fresh off the back of securing a highly revered resident slot for Radio 1, Glasgow wonder kid Denis Sulta returns to Sheffield for the first time since summer 2018. Emerging onto Glasgow’s vibrant scene in 2014, with a string of synth-driven productions and sets across the city’s clubs, Sulta has gone on to establish himself as a fixture of contemporary dance music. Whilst his release schedule has slowed down somewhat in recent years, that’s more than can be said for his role as a DJ, with wall to wall dates between now and January taking him all across the world.

In support on the night is the Irish-born Sally C aka Big Saldo, who first honed her DJ skills in Scotland before making the move to Berlin in 2015. Expect a set flowing through a myriad of styles from acid, hip and ghetto house to obscure classics.

Sheffield’s own Stevie Cox, a long-standing resident for Pretty Pretty Good, completes the bill. Check out her recent Alternate Cuts mix for Resident Advisor below.