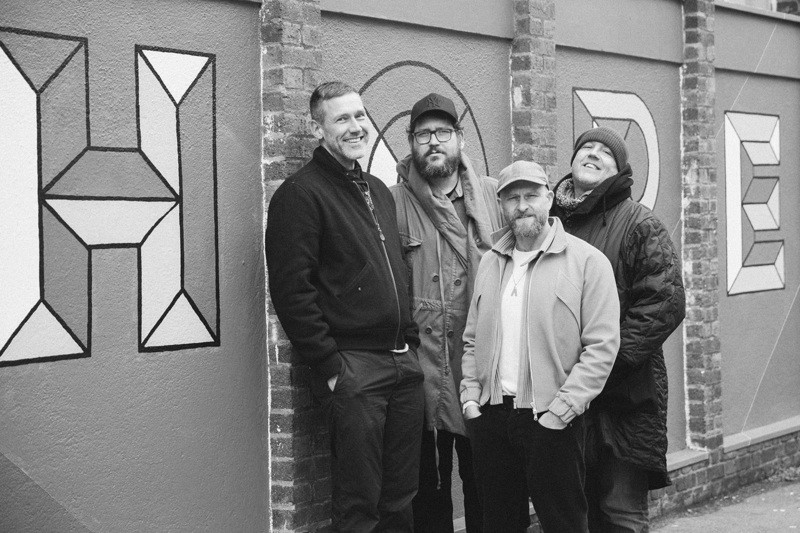 London's foremost groove merchants Horse Meat Disco are set to bring their eclectic sound to Tramlines fringe, this year heading to the Peddler Warehouse. The glittering disco behemoths will bring the festivities to a close in style alongside Peckam party-starters Raw Silk, Winston Hazel and Dan J on Sunday 21st July, following a long weekend of partying.

Long-time proprietors of disco classics, the Horse Meat Disco project was originally conceived as a small queer rave in London over 15 years ago, and has since blossed into a colossal beast with a reputation stretching across the entire country.

“Operating on so many levels of amazing, Horse Meat Disco is the joint to head to, whatever the angle of your dangle,” the BBC wrote in 2009.

Comprised of four DJs  - Jim Stanton, James Hillard, Luke Howard, and Severino Panzetta - the collective spearheaded a disco revival that soon swept across the UK.
The unusual name stems from a newspaper headline discovered by founder James Hillard, which read ‘Horse meat discovered in salami’. The headline was partially obscured to read ‘Horse meat disco’, and the group ran with it. Today, they currently dj and run regular parties across the UK, Europe and the world over.

Winston Hazel, a true legend of the Sheffield music scene, is also set to lend his support to the night. A co-founder of Warp Records and a pioneer of bleep techno, Hazel has been a vital player in the local scene for over three decades.

Read: An interview with Winston Hazel

Also joining the bill will be long-standing Sheffield DJ, promoter, and Low Profile Records boss man Dan J, as well as Peckham disco queens Raw Silk. Taking what started as a monthly party in South London to a Percolate residency and slots at some of London's hottest venues,  the duo made up of Grace George and Steph Smith has built a reputation of eclectic selectors, going on a fast-track journey towards dominating the Capital’s disco scene.

Earlier in the weekend, Saturday 20 July will see DJ'ing legend and purveyor of the finest world music Gilles Peterson take to the stage for a 2 hour dance floor journey - supported by some of Sheffield’s finest DJ collectives.