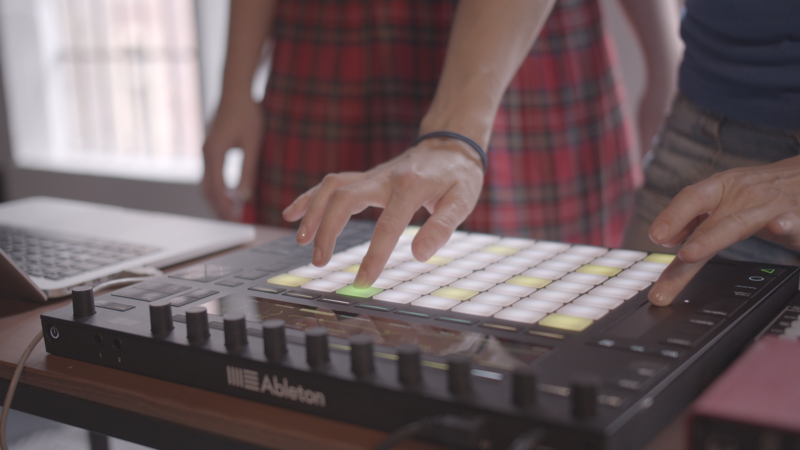 It is no secret that the fields of dance music, DJing and production are still heavily gender imbalanced. Men dominate festival lineups and club rosters, whilst the world of music production mirrors these trends and retains a 'boys club' exclusivity - in 2018, 97.7% of producers working in the industry were male. But, over the last couple of years, several initiatives across the UK and the world have sprung up to provide a platform to marginalised voices in music.

Global network Shesaid.so and local collective Yorkshire Sound Women are among countless organisations providing a network for women to share their knowledge and skills. After they met at an event hosted by Yorkshire Sound Women just a few months ago, Yorkshire based producers Liina 'LNA' Turtonen and Emily Johnson bonded over a shared interest in music and production.
The result of their collaboration was Equalize, a free eight-week course for women, transgender, gender-fluid, non-binary, and agender people. The course, which began in Sheffield in May, is supported by Ableton and aims to help these under-represented groups get their foot in the door of the music production world. We caught up with Liina and Emily to learn more:

Can you explain who you are and what you do.

Liina: We are Liina and Emily, we met about three months ago [before launching the project, in July 2019] and we’re both electronic musicians and Ableton Live enthusiasts. We met at a Yorkshire Sound Women networking event, and we were like 'you like doing that, I like doing that, let’s make something together', and let’s make a course because we’re both really passionate about getting more women into that, and Ableton is a massive supporter of women in electronic music. We wanted to kind of work on that together.

Emily: We only just met, we hardly know each other! 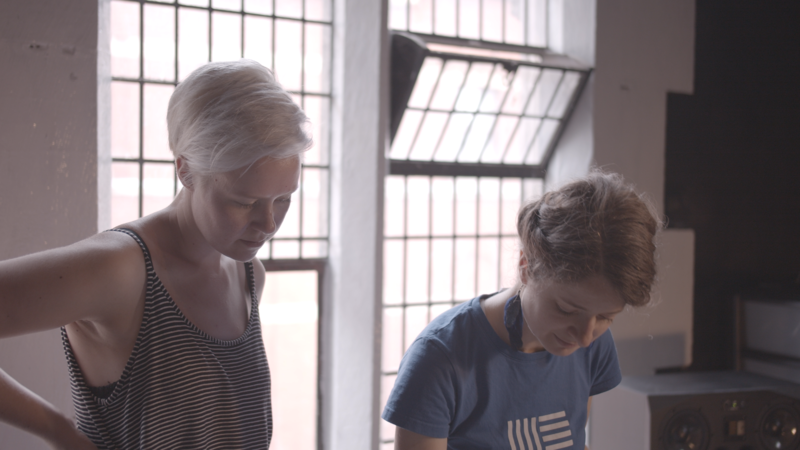 How did you find this studio space?

What we’re doing here is an eight-week course, whereas the Ableton user group is informal, bi-monthly meetups. I invite guests to come - for example, we had Rachel K Collier in and she came and did a performance of a song, showed us how she made it and answered questions about her workflow. It’s men and women, that one.

Talk a bit about Ableton Live and why you think it is such an accessible program to teach to beginners.

Liina: I would argue that it’s the most modern connection for artists to be heard behind the electronic instrument, where many other platforms and DAWs are just a platform to create something, Ableton creates this whole sense that the artist is part of it. It’s an extension for your arm, basically. It’s a part of your creativity.

It’s created to imitate the human workflow, and that’s why it can be confusing at first because it’s not the way we have previously perceived music-making. But if you get into it and understand the different ways that you can use it, it allows you to work completely freely and however you want, whether it’s sound design, movie making, mixing mastering or live performance. People often think it’s just for live performance because it’s called Ableton Live, but that’s not what it stands for. It means that the program is almost this live engine that has a heart that’s a part of your process. It’s an active space all the time in a way that other DAWs are not.

Emily: Yeah, I totally agree. I use Ableton to perform live, but I love how you can produce a track and then perform it live.


How do you feel about the state of diversity in Yorkshire’s music scene at the moment?

Liina: Well I’ve only lived in the UK for seven years, but from my perspective, the music industry is a boys club. If you go into sound design for example, there’s much more women because it isn’t such a boys club. It’s easier for women to go into these areas where there’s less men, but music production and music studios are spaces for men. There are organisations in Yorkshire - a lot of them - there are UK-wide organisations that are full of amazing, talented women who work in studios and as engineers and universities, running clubs, doing DJing. For women, it’s confidence, that they feel it’s hard to speak up and take the opportunities and demand fuller pay. In Yorkshire there’s this massive community run by women, especially Yorkshire Sound Women, which is the most dominant community. The main problem I have is that I feel like I need to prove myself to every single venue and studio that I can do what I can do. I even need to prove myself to women. I need to prove myself to everybody because I’m not a man. It’s frustrating and it’s painful but we have a support network and we give ourselves opportunities. We make the opportunities for ourselves when we are not accepted.

Emily: Yeah, Yorkshire Sound Women’s network is brilliant. They put so much time and effort into it. I prefer to focus on the positives rather than complaining about it. I prefer to take action, and that’s why we’re doing this course. So many women signed up, and we had a whole list of ideas about how to publicise the course that we didn’t actually do because it was so popular when we posted it on Facebook. I think it’s a good time to be a woman in music now, because so many people are talking about diversity. There are so many opportunities and funding bodies. 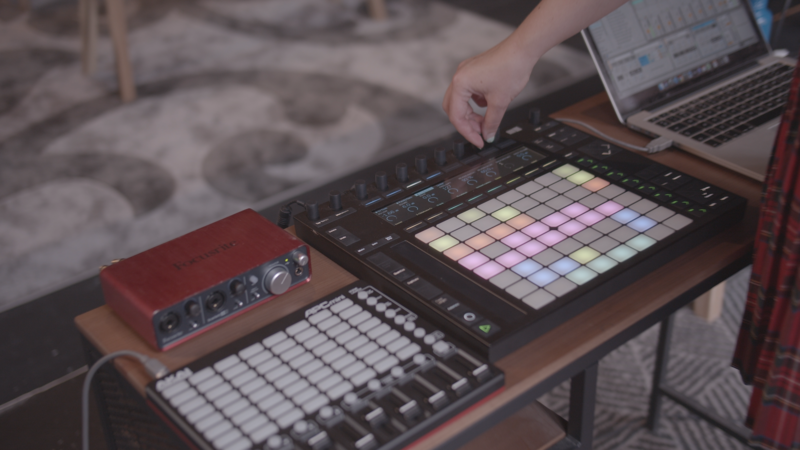 LA-based producer DJ Kittens said she noticed that when learning new things, ‘men would push ahead by overcompensating with ego, while women sunk down and shied away from the same course.’ Do you notice a difference in the attitudes between men and women when they learn about music production and DJing?

Liina: Every time I say what I do, women are like ‘wow, I could not do that.’ The thing is, yes you can. It’s literally the fact that they have never been given the opportunity to see that they can do it. Women are more honest when they don’t know what’s happening. We need to do what men do and fake it ‘til we make it. That brings us the confidence of believing ourselves that nobody will know more than us. If we learn, we will know as well.

Emily: Confidence is the biggest obstacle for me in my music, and I think for a lot of women on the course here. In the first session, we established three rules -
Rule number one was ‘don’t apologise’, rule number two was ‘you are amazing’. Number three was 'don’t put yourself down', because so many women do it. Way more than men. I even catch myself doing it.

Now your course is coming to an end, what else would you recommend for women who are interested in getting into music production and DJing?

Liina: Just do it. Just download the free version of Ableton, start doing it, go to YouTube, watch my videos! Start collaborating with a friend. It’s more fun together. I started producing as a joke, just recording silly songs. I was going to be an actress not a producer, but the buttons were really fascinating. Six years later, here we are. 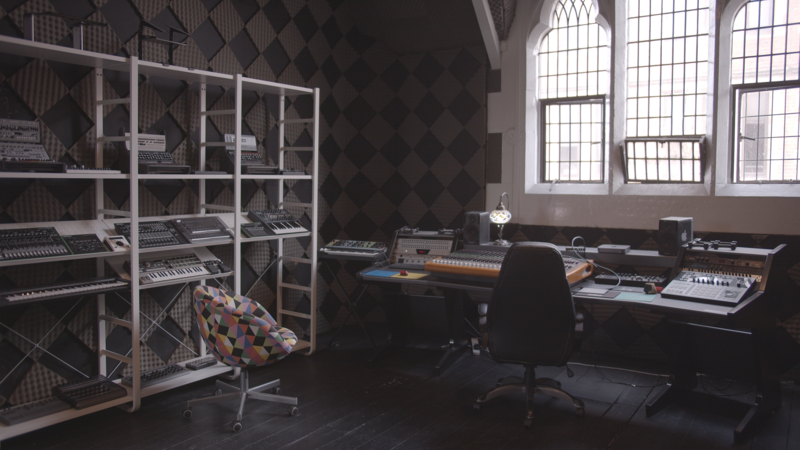 Equalize are currently planning news workshops in South Yorkshire: Liina and Emilie will be running two series of the Level 1 Course (4 weeks) in Sheffield in the coming months.