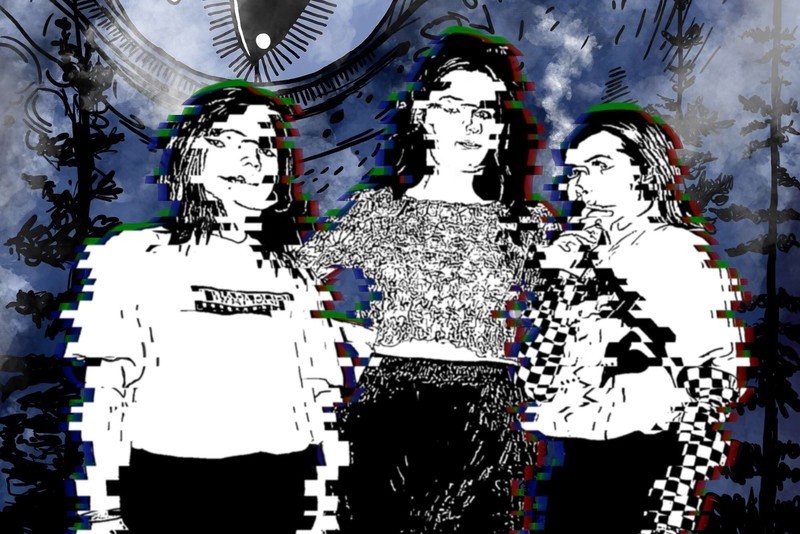 Slowly but surely expanding from their beginnings in East London’s DIY scene, female collective More Pussy 3mpire (MP3) are hosting their debut night outside of the capital in Sheffield on Saturday 29th of February. MP3 Founder, Daebak is quickly making a name for herself in the steel city, filling each and every dancefloor that she graces with high-intensity selections focussed around electro, club and ghetto house. Now she’s curated a line up set to blow the roof off of Dina with headliners Gigi FM and Lockhart in good company alongside some of Sheffield’s freshest up and coming DJs. Besides being a favourite on MP3 lineups, Lockhart is a Jaded regular known for striking the perfect balance between dark, blistering techno and trance, and the lighter, nostalgic sides of both genres alongside many others. We spoke to both her and Daebak ahead of the event this weekend to find out some more about them.

For people that don’t know you, tell us a bit about who you are & your backgrounds.

Daebak: So, I’m Shane and go under the alias of Daebak. I’m not Korean, but it is a Korean word for like ‘wow’, ’awesome’ or ‘success’, but it can also be used in a sarcastic, ‘omg wow’, kind of way — which is the way I intended to use it. Anyway, I started off learning to DJ (horrible) jump up drum and bass but quickly moved away from that, towards UK Funky and Hard Drum. After a while of researching the industry, early on it was clear that it was a male-dominated scene and I felt that there needed to be more opportunities that make womxn feel more confident DJing in public spaces. This is what prompted me to create More Pussy 3mpire in 2018. I was actually on my way to visit Sheffield for University and literally just thought “why don’t I make my own music collective?”. I messaged my sister, Goochie Vix, and then we got our mate Dinyel involved too, and — boom.

Lockhart: I’m Lockhart, London via Essex born and bred. Came up on the London club scene; had a show on Radar, held down residencies for a number of parties including New Scenery, Even The Strong playing the more experimental, “deconstructed” (lol) side of club and then prompted by a very clichéd first trip to Berlin, decided to try and pursue the techno dream. I found my family within the scene, made my come up in a new genre and cemented my place and direction in music. My main stomping ground is Jaded at Corsica Studios where you can catch me most Sundays — if not playing then going wild at the front.

Being from London, how much of an influence does the scene there have on your sound? What people/ places etc. would you cite as influences?

D: When I was in London, I felt I was very much into the Hard Drum music scene. When I moved to Sheffield, it was only then that I got well into Ghetto Techno and Electro music. Perhaps the city had an influence on my sounds, in terms of broadening my knowledge of Electro and Techno, but I think what I play has more to do with what the city doesn’t have enough of — Ghetto and Hard Drum. I can’t really say who influences me because I’d feel bad that I’d missed people, so let’s just say a lot of great people inspire me!

L: There’s a really interesting queer techno scene in London — parties like Unfold, HTBX, Orpheus etc. Every time I go I feel part of something, I don’t really know how to describe it, it’s just there and I think it’s felt by everyone who goes. DJs like Voicedrone and James Newmarch who always close Unfold inspire me because their sets are always INSANE and it really pushes you to be better yourself so you can try and achieve that same electricity for your own sets. On an older tip however, I have to give the biggest shout to Akito who has consistently pushed me and given me literally every opportunity that has led me to where I’m at today. He’s the cornerstone of the London club scene and will always have my infinite love.

Your repertoire spans a lot of genres, styles and speeds. What drives your selections when you’re in the club, as opposed to on Radio?

L: Radio is for exploring, the club is for curating. I want people to come away from my set having had fun. That’s the main takeaway. The DJ controls a segment of your night. If you haven’t had fun then I haven’t done my job. Radio is for getting a bit weirder, I want listeners to sit and think about what I’m playing, how it works together, how it makes you feel. There’s a lot that can be communicated through both club and radio play but the tones are worlds apart.

Shane, Could you tell us a bit more about MP3 as a platform for womxn, and your experience organising it?

D: Yeah! In our previous events, we’ve prioritised giving opportunities for underground womxn DJs to be on the line-up, which has definitely made me feel proud and empowered! Having created some sort of platform that can offer help to someone else, we want to try and use it wherever possible. Although we’ve just had a small break, and we’re only just getting back into things, we recently had an open decks day with Keep Hush where we took sign-ups for womxn DJs at any skill level. I sadly wasn’t able to make it down to London on the day, but we got great feedback and those involved seemed to really enjoy it! Also, I had a lot of fun organising the event coming up this weekend. I thought as well as booking a headliner, It would be good to get local upcoming female DJs (B2E – Biba 2 Erika) who haven’t played live before. They said they’re nervous, although they have nothing to be worried about, but I know they’re really excited too. But yeah, as a founding member of MP3, I do just want to inspire and empower people to be more confident in their own talents!

Lockhart, you’ve got sets coming up in Poland and Glasgow over the next few months. Where else outside of London or the UK would you like to play in 2020?

L: I’ve played before but I want a techno set in Berlin. Like when I went before it was mostly clubbier stuff with the odd techno song thrown in (which was a fucking amazing night btw) but considering I do dip my toe in a lot of different ponds, I do of course tailor my sets to the nights themselves and what I know people will be turning up to hear. I do mostly play straight-up industrial techno sets now and I want to play one in Berlin. The dream is Berghain obviously but I’ll happily settle for Tresor. I also wanna play in Tbilisi for similar reasons. Rotterdam and Amsterdam too. Ukraine and Hungary are also near the tops of my list. And then New York because I really really want to party there and it would be so sick to play. I hear good things.

Promoters, form a queue! and what about for MP3? What’s next on the radar for you as a collective?

D: I guess you’ll have to wait and see! Wink emojis.

Tickets are now on last release, so get yours ASAP to avoid disappointment. If you made it to see Gigi FM at PPG’s 4th Birthday Party last year, or to Hatch for Lockhart’s Sheffield debut in April, then you’ll know what sort of techno-driven fire to expect on the night. Make sure to follow MP3 on socials to keep up with their movements: Facebook, Instagram, Soundcloud