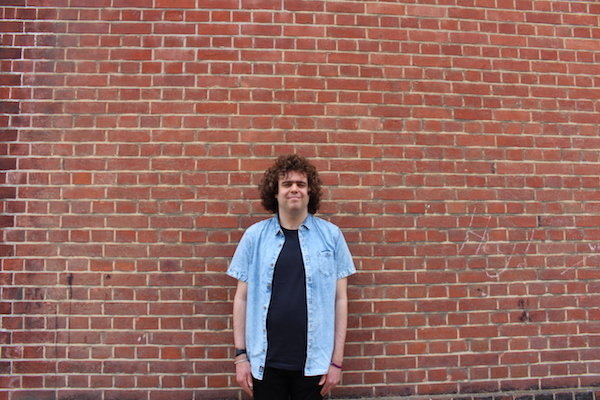 The Audacious Art Experiment, Under The Stars and Constant Flux bring you an integrated, accessible night of music to remember.

DANIEL WAKEFORD
Pure and ecstatic pop from a charismatic and honest individual. Daniel Wakeford is a singer-songwriter from the UK’s burgeoning learning disabled music scene, based in Brighton and going out on tour for the first time ever, promoting his new album, “The Songs of Gigs”.

Daniel has been writing and recording music since 2009. Working alongside musician Tom Cook, Daniel brings lyrics and a melody to him every Friday and within an hour and a half a song will be created. Taking this approach Daniel has amassed an impressive back catalogue, in excess of 60 songs. 10 of these songs have been taken to Metway Studios in Brighton, re-recorded, given the time and attention they deserve and compiled to create his first album proper, “The Songs Of Gigs”. His songs are about his life and the things he loves, from his family and friends, to bad feelings and Beethoven.

TOUCANS
A hermit who spends most of his days in his bedroom, recording songs with the resident ghost. Armed with a cassette karaoke machine and a acoustic guitar, he will play us a sermon of songs about serial killers and broken hearts.

THE CLUBLAND DETECTIVES
With a set of original songs from their new EP, Under The Stars greatest sleuths deliver powerful, exhilarating rock that requires both earplugs and dancing shoes.

THE LAWNMOWERS
An explosion of ideas, anger and sonic expression. Post–punk cacophony.