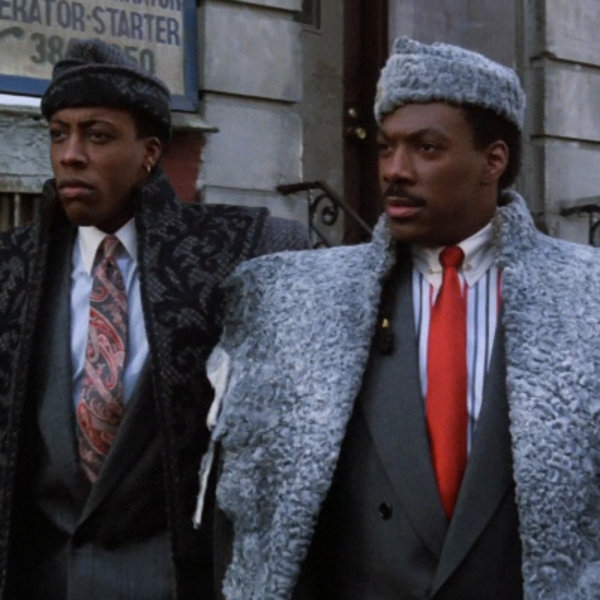 As part of Black Star, a UK-wide celebration of the range, versatility and power of black actors, programming collective Come The Revolution invites you to an evening of film and entertainment celebrating Black comedy. Coming to America (Dir: John Landis 1988), Eddie Murphy's shining moment and I'm Gonna Git You Sucka, the directorial debut by trailblazer Keenen Ivory Wayans featuring a young Chris Rock.

Prince Akeem (Eddie Murphy) is the prince of a wealthy African country and wants for nothing, except a wife who will love him in spite of his title. To escape an arranged marriage, Akeem flees to America accompanied by his sidekick, Semmi (Arsenio Hall), to find his queen. Disguised as a foreign student working in fast food, he romances Lisa (Shari Headley), but struggles with revealing his true identity to her and his marital intentions to his king father (James Earl Jones).

I'm Gonna Get you Sucka

Jack Spade (Keenen Ivory Wayans) comes home to the ghetto and finds his brother dead from a gold chain overdose. With the help of his hero, John Slade (Bernie Casey), and a team of washed-up crime fighters, Spade declares vengeance on Mr. Big (John Vernon), the white crime leader responsible for selling gold chains on the streets. But Spade realizes that he must take matters into his own hands to finish the job in this zany spoof of 1970s blaxploitation films.

Come the Revolution will be joined on the night by a surprise mystery host guranteed to have you in stitches. Post screening be ready to bring on your best running man, your Bobby Brown, your Salt & Pepper moves as we hit the dance-floor for a fast and furious session of 80s/90s themed hip hop and RnB.

Giant fro's, Bruce Lee wannabees, pimps, lascivious preachers, Cadillacs, jheri curls and leather pants“I'm Gonna Get you Sucka & Coming to America' are among my favourite family memories. These caricatures were familiar to us from the neighbourhood where we lived, finally they were on the Big screen. Dr Edson Burton, Come The Revolution