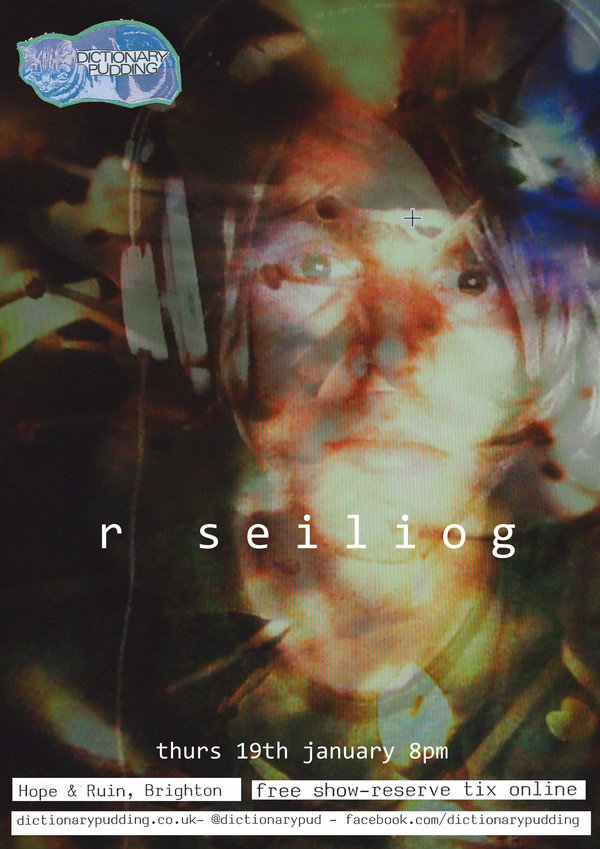 Free show !!!
R.Seiliog is alias to Robin Edwards, a musician/producer operating from Cardiff, Wales. He was born in the basement of a watchmakers shop in Peniel, North Wales in 1985. This early exposure to the syncopated rhythms of countless different timepieces was to have a lasting effect on the way he hears the world and indeed, composes. His music has the repetitive, hypnotic, and melodic qualities of his kosmiche forefathers Klaus Schulzes, Cluster, and Harmonia, but is rhythmically more akin to minimalist composers like La Monte Young and Terry Riley. Put simply his music is drones and loops elevated with cheeky little melodic jaunts and pops. R.Seiliog's debut EP Shuffles saw him prepare the world for his interwoven frayed, melodic threads of krautrock, psych and experimental electronics. This was followed by his first release for Turnstile, 2013’s mini –album ‘Doppler’, a record that hurtles through saturated krautrock and modulating drones via spectral flecks of psych-noise.