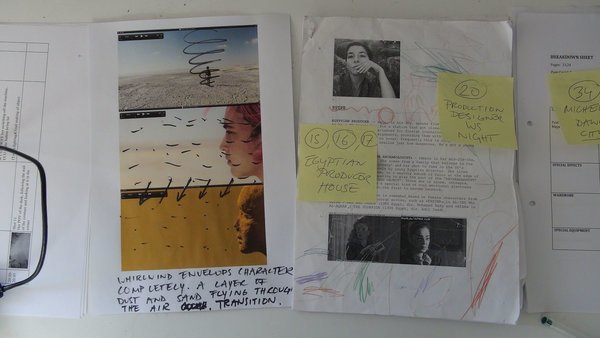 During a two-day intensive workshop Anja Kirschner will introduce approaches to screenwriting outside of conventional formats and how to tailor them for your own moving image projects.

The focus will be on expanded narrative structures, adaptation and appropriation, using examples from her own work and that of other artist, directors and writers like Yvonne Rainer, Emily Wardill, Pier Paolo Pasolini, Alain Robbe-Grillet und Kathy Acker.

The practical and theoretical workshop is designed for artists working in the moving image and experimental filmmakers who want to develop screenwriting as an integral part of their practice.

Anja Kirschner (b.1977, Munich) is an artist cur-rently living and working in London and Athens. Her practice spans video installations and narrative films that create genre hybrids from pop culture references, factual research and literary sources. She was the winner of the 2011 Jarman Award (with David Panos), which recognises UK-based artists working in the moving image. Kirschner’s films have been widely screened and exhibited internationally, including the International Short Film Festival Oberhausen and recent solo shows at Secession, Neuer Berliner Kunstverein, Extra City Antwerp, Kunsthall Oslo, Staatsgalerie Stuttgart as well as the 2nd Athens Biennale, the British Art Show 7 and the Liverpool Biennial 2012.