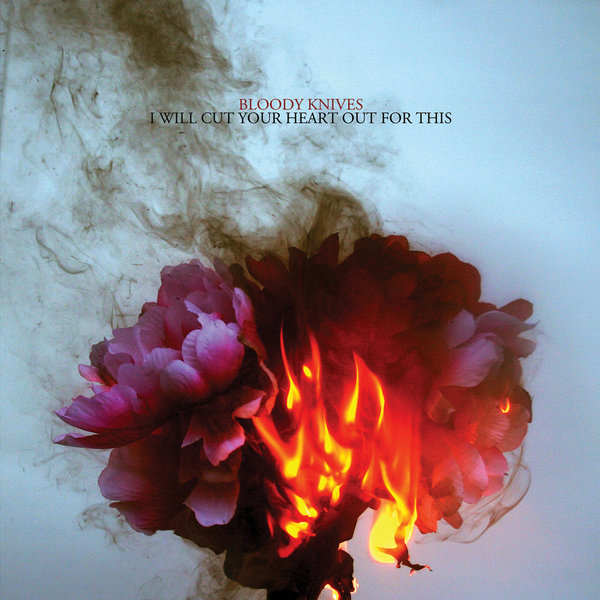 Bloody Knives is based in Austin, Texas consisting of Preston Maddox (bass, voice, keyboards, samples, programming), Jake McCown (Drums, noise, programming, art), and Jack O'Hara Harris (guitar). The band combines the sounds of heavy punk and industrial with blurry ambient electronics, shoegaze atmospherics, and 8-bit glitches and melodies.
Constant touring since its inception in 2011 has turned the band's explosive live show into a chaotic decibel heavy experience, creating an intense ethereal atmosphere dependent less on pure volume and more on sonic density.
Their most recent release "I Will Cut Your Heart Out For This" has been their most well received, earning them favorable reviews and spots on numerous Best of 2016 lists. Writers have described the record as:
"An orchestral cocktail of Christian Death goth-punk and early 90s industrial-fuzz oblivion contaminates the frequencies of Bloody Knives’ disheveled musical world. Above all else, the band establishes themselves as an independent and original entity in the vast arena of non-mainstream rock." Long Beach Loathing
"If you’ve ever wondered what it might be like to actually feel soothed as the sheer force of a blast furnace hits you face on, we might have just the record for you." Dave Cantrell, Stereo Embers
"a refreshing blast of cold air; everything fits together like a deadly puzzle." Less Lee Moore, Popshifter
"mammothly morbid, sonically unfathomable, yet monstrously mesmerizing " Jen Dan, Big Takeover
"Emotionless, loud walls of noise with no rhythm whatsoever propel these tracks like a junkie pounding energy drinks and snorting coke off dirty toilets in a rave club." Troy Micheal, Innocent Words
"...a positively demonic reverie." Ellie Sleeper, When the Sun Hits
" It is a dark invasive suggestion echoed throughout the eight tracks’ scarred nihilistic hearts and a sound which crawls over and smothers the senses. Equally, it comes fuelled by melancholy thicker than Victorian London fog which at times is just as oppressive and invasively enveloping as the caustically natured sounds and as compelling as the raw beauty also invading ear and imagination." The Ringmaster Review