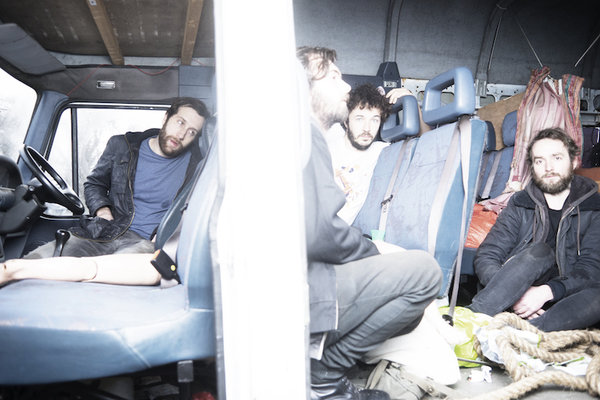 Spectres release their second album ‘Condition’ on March 10. The follow-up to their acclaimed 2015 debut, ‘Dying’, it was recorded by Dominic Mitchison in the band’s adopted home city of Bristol and mastered by Frank Arkwright (Mogwai, 65daysofstatic) at Abbey Road in London.

It’s louder and more abrasive than their debut, but also a real progression. It sounds huge and adds a genuinely innovative and confrontational edge, partly inspired by last year’s remix album, ‘Dead’, which saw everyone from Factory Floor to Richard Fearless instructed to “kill” the songs from ‘Dying’.

“There were discussions about experimenting with electronics, but the idea soon petered out when we realised we still wanted to experiment with guitars,” reveals singer and guitarist Joe Hatt. It’s true that a track such as ‘End Waltz’ has a relentlessly pounding, almost techno structure, in contrast to the kinetosis-inducing dirge of ‘Dissolve’ – the first single from the album which appeared as an edible tablet download with a suitably stomach-churning video late last year.