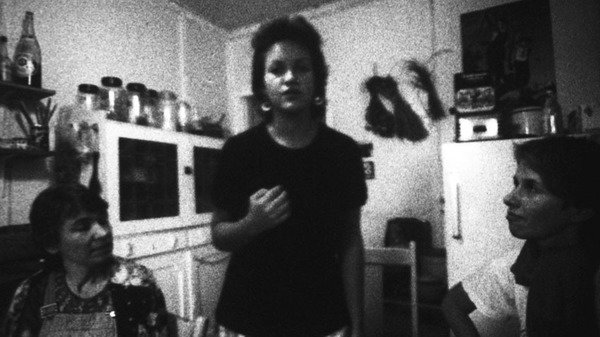 For the May Now Showing, artist Alex Martinis Roe has chosen to screen Helen Grace's 'Serious Undertakings' (Australia, 1983, 28mins) and Margot Nash's 'Shadow Panic' (Australia, 1989, 26mins), alongside a selection of her own films from her current exhibition at The Showroom To Become Two.

Margot Nash's 'Shadow Panic' portrays a feast of vivid images and interrelated stories in her film about internal and external states of emergency, personal and collective 'shadows' (pasts, memories and conditioned stereotypes), and resistance and spirit. This mildly surreal film revolves around three women representing different aspects of one character - The Investigator, The Hothead and The Dreamer - moving through a separate but interconnected world set against a background of villainous male extras.

Alongside these, Alex Martinis Roe will share specific films from her installation at The Showroom To Become Two, that stems from her ongoing engagement with international feminist communities and their political practices.