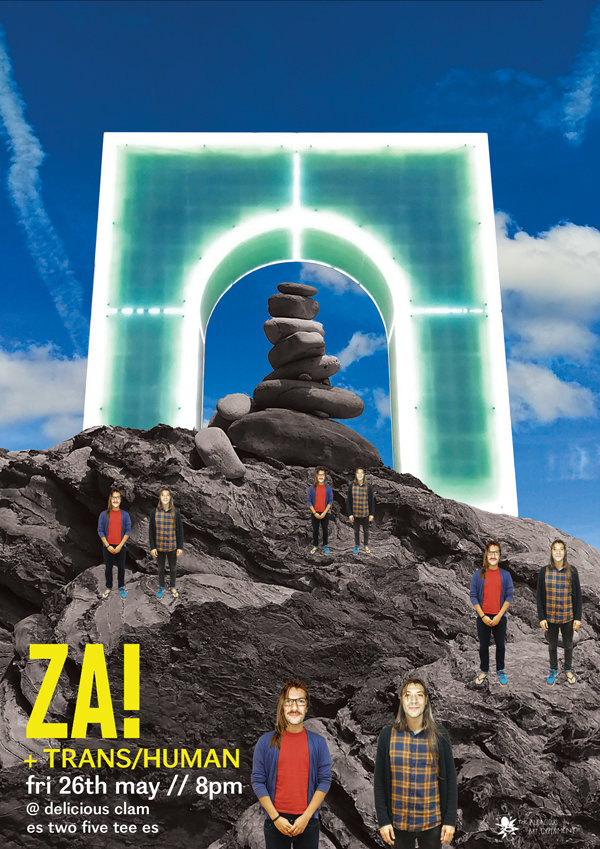 A year after releasing LOLOISMO on The Audacious Art Experiment to rapturous applause, sunshine heroes Za! return to the grey isle to peel the lips back from your teeth once again.

Za! is a band from Barcelona composed by 2 people and more than 2 instruments (drums, guitar, keyboard, voice, trumpet, kalimba, sampler).

"A duo flying by the seat of their pants as they play several instruments simultaneously, trigger samples and process sounds in real time" - The Wire

"Imagine a world where Van Halen, Les Harrys, the odd Muppet (let's say Beaker) and Pat Butcher all go round to Bernie Worrell's and get hammered" - The Quietus