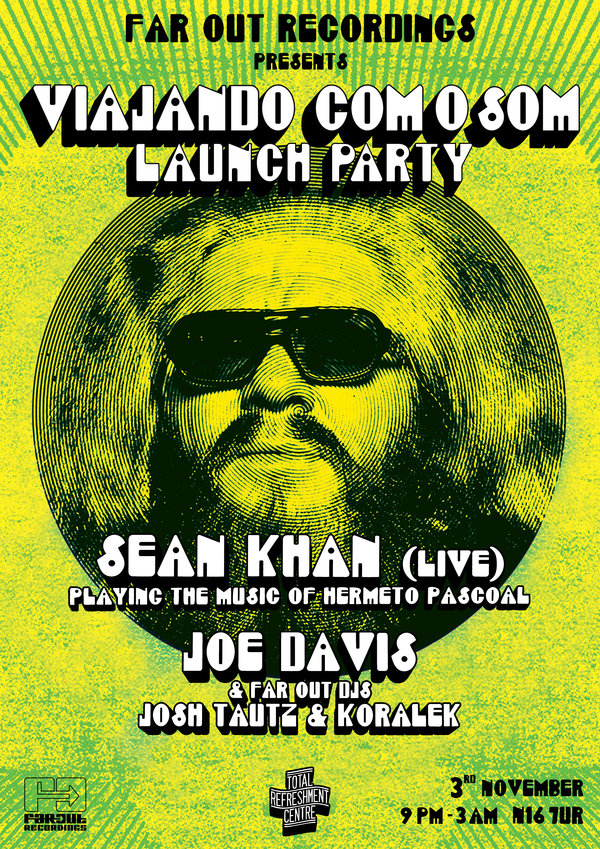 On 3rd November we release Hermeto Pascoal’s Viajando Com O Som (the lost ’76 Vice Versa Studio Sessions). This is a huge deal. Not only because it marks the uncovering of a previously unreleased masterpiece by one of the greatest musicians ever, but also because it’s our 200th release!

Join us in celebration of this massively momentous occasion at London’s premiere venue for otherworldly sounds, where we’ll have a live set from multi-instrumentalist and Far Out favourite Sean Khan, who will be playing music from the Viajando Com O Som album, as well as premiering some of the music from his forthcoming album, recently recorded in Rio de Janeiro, with none other than Hermeto himself! Here’s what Sean said when he first heard the album: “this is a fucking crazy record. In my humble opinion this is up there with Miles' iconic Bitches Brew. My snatch judgement of this Hermeto record, this is the best jazz record from the 1970s and you can quote me on that.”

The Far Out crew headed up by Joe Davis will be keeping the party alive until the early hours with dancefloor rhythms from Brazil, further out and beyond.

The sound system is kindly provided by the amazing EPA Sound. They do some of the best sounding PAs out there, if you've been to TRC in the last 3 months then you'll know what we're talking about. Crispy clear!