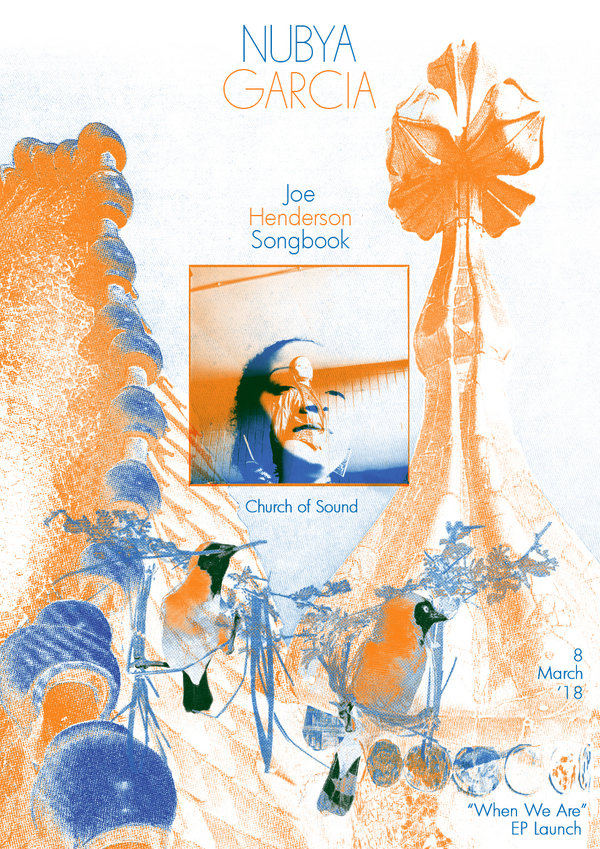 Another one! Just 10 days away, and a special one for us - we are happy & proud to announce the return of Nubya Garcia to Church of Sound: this time for the launch of her new EP, When We Are. This is not the first time we’ve had Nubya here. In fact, it is the sixth! Mad. This show will mean Nubya has played one in every three Church of Sound shows.

As if that wasn’t good news enough, Nubya & the band will be guiding us through an intricate Joe Henderson Songbook for their first set. More details to be announced next week.

We’d like to take this moment to thank Raimund Wong just one more time. The series of three he has just produced (Sarathy, Calibro & Nubya) has been truly special, and unified from beginning to end. He is one of the best in the game right now and we are lucky to have him on the team. He is one of the few people to have worked on more CoS shows than Nubya (!).

For the third and last time, we are very lucky to welcome back the Ceviche Family. Friends of ours, they run a couple of lovely independent and much loved restaurants like Andina and Ceviche Old St. Not only that, they also run their own Peruvian music record label - Tiger’s Milk Records! We are lucky to have them running the food and presenting a specially created food for us all. Vegan, £5.

Residents Born Cheating & Lexus Blondin will spin records before, between & after the live `music.

March 8th is International Women’s Day. Party For the People & ourselves will be donating a portion of booking fees of ticket income to The Fawcett Society, the UK’s leading charity campaigning for gender equality and women’s rights. On the night, we will also have a bucket going round for a local domestic violence refuge.

With all the love in the world, see you soon.