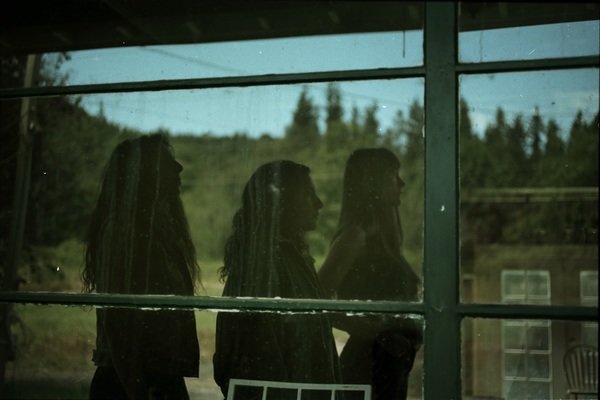 “Fans of Blackbird Raum will no doubt be familiar with Amelia Baker… her solo music is quite removed from the aforementioned band in tone, though it does pull from the same American folk roots. Cinder Well is far more temperate in manner, and it is that gentle delivery that frames her beautiful lyrics and the weight they carry.” Mouser

Robin Grey composes thoughtful and gently experimental folk songs. You might know him from his history of land rights show 'Three Acres And A Cow' or remember his infamous election-time ukulele serenading of David Cameron. Either way, as a journalist once declared 'The poetic mastery of Grey’s folk tales is a joy to behold.'

“Robin Grey has a lovely fresh approach to the folk genre. A honeyed yet clear voice and his lyrics are arresting. A real treasure.” The Londonist

Bethan Robinson is arguably Sheffield’s most beloved chantreuse*, and founding member of the lush folk group Jupiter in Jars. Providing heart-wrenchingly simple lyrics with melody lines that are at once understated and soaring, Bethan is likely to warm you up both figuratively and emotionally.

This will mostly be a standing show, with a few seats available for the lucky ones.
Be nice to each other.