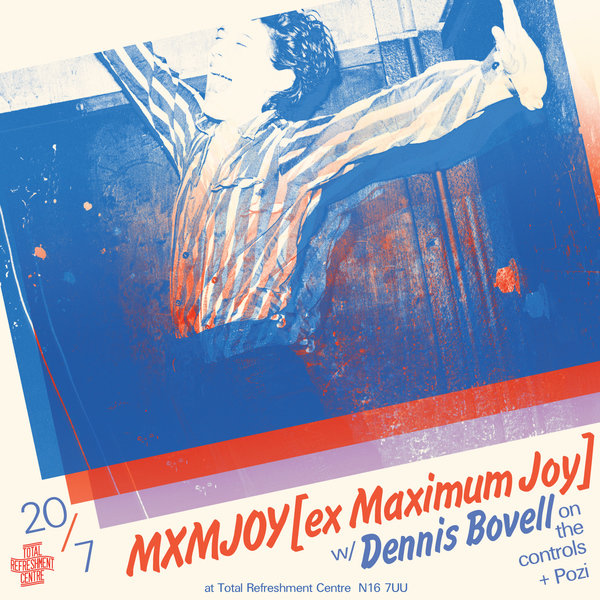 We are extremely excited to welcome the lead singerJanine Rainforth of Maximum Joy at the Total Refreshment Centre!
Her and her band MXMJOY will play some of the classic material from the early 80's classic album 'Station M.X.M.J.Y' (Y Records) as well as some brand new material!
And the cherry on the cake the whole thing will be mixed live by the legendary dub master and producer extraordinaire: Dennis Bovell.

Formed in 1979, Maximum Joy was originated by Janine Rainforth (singer/violin/clarinet) and Tony Wrafter (saxophonist/trumpeter, previously of another Bristol band, Glaxo Babies). Other founder members were Charlie Llewellin (drums, also previously of Glaxo Babies), John Waddington (guitar, formerly of Pop Group) and Dan Catsis (bass, previously of Glaxo Babies and Pop Group). In the wake of the infamous Pop Group and taking from the hotbed of musical influences driving the scene at the time, the band developed their own unique version of the post-punk Bristol sound. Their groove combined punk, reggae, soulful jazz, funk and wild improvisation with daring and often panache... It hits the spot as much now as it did then... And the beat goes on...

Dennis Bovell helped transform the music of many key post-punk acts into funky new shapes with a dub aesthetic.
Thompson Twins, The Pop Group, The Slits, Orange Juice, Maximum Joy and many others benefited from his expert touch.
More recently, the Glasgow band Golden Teacher enlisted his peerless studio techniques for their ‘Golden Teacher Meets Dennis Bovell at the Green Door’.