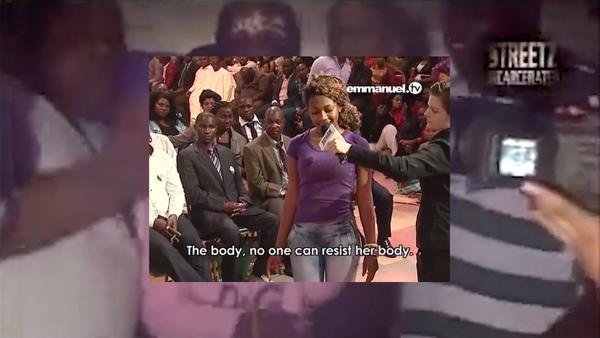 For this Cinenova NowShowing, London-based filmmaker Deborah Findlater will present her film 'Jezzy' (2017) alongside 'Among Good Christian Peoples' (1991) from the Cinenova collection.

Jezzy (2017) is an uncompromising look at the policing of young Black female sexuality. Set against the backdrop of hyper-masculine 00’s Grime culture in London, the piece establishes its links to African Christianity and the subsequent multifaceted repression of Black female sexuality. From his lauded debut album Boy In Da Corner, Dizzee Rascal’s ‘Jezebel’ sees the MC spew a cautionary tirade against female promiscuity; likewise the concept of the Jezebel Spirit popularised across Pentecostal churches saw warnings issued against women who apparently possessed this spirit.

Among Good Christian Peoples (1991)
Catherine Gund, Jaqueline Woodson
Based on a poignant autobiographical essay by Woodson, this video adaptation illustrates the pull between desire for (religious) community and personal freedom. Woodson looks at where she finds community, growing up and grown: being in one of only two Black families on the block, being the only writer in a family of Jehovah's Witnesses, being the only lesbian in her sorority at an all Black college. Featuring the music of Lavender Light Black and People of All Colours Lesbian and Gay Gospel Choir.

Deborah Findlater is a video artist and filmmaker from South London. She is drawn to working with such forms as montage, installation and found footage in order to dissect the construction of narrative. Also a writer and DJ, her work takes on poetic qualities through its use of voice, words and sound. Thematically, she is committed to exploring issues surrounding working class Blackness in Britain and Black Womxnhood.

She is currently studying MA Experimental Film at Kingston School of Art.