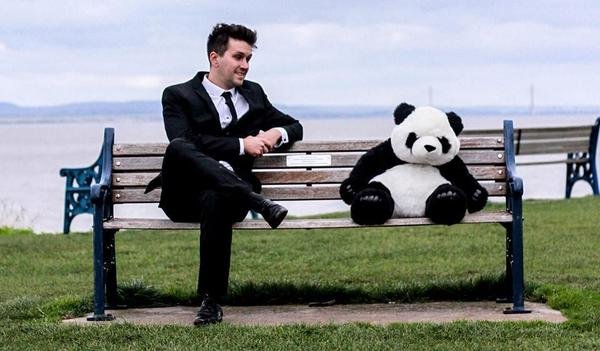 How many sets of panpipes should one man own? What is the best song request a DJ can get? How can the Daily Mail help you find out if your partner is cheating on you? And why on earth is a panda from Portishead sitting in the audience?! All these questions (and more) shall be answered throughout the course of The Chris Arnold Experience.

Chris Arnold is a Bristol-based stand up comedian and TV/radio presenter who has appeared at the Edinburgh Fringe, Glastonbury Festival, Ibiza Rocks, Bestival and The British Musical Comedy Awards. He wrote, hosted and directed The Cool Beans Television Show which was up for a British Comedy Award alongside such stalwarts as Horrible Histories and Harry & Paul.

He also briefly featured in Bonnie Tyler’s Top 8 friends on MySpace circa 2006.

STAN SKINNY
One of the most distinct acts on the poetry circuit, Stan Skinny combines poetry, comedy, character, and theatre to produce shows that are colourful, larger than life and unlike anything else you've seen!

He's also the 2017 & 2018 The Great Yorkshire Show Off competition champion! Chris came 2nd in 2016 (the winner was a man who played the trombone with a teapot on his head) so really Stan should be headlining this night.

Bring your sisters and your misters!