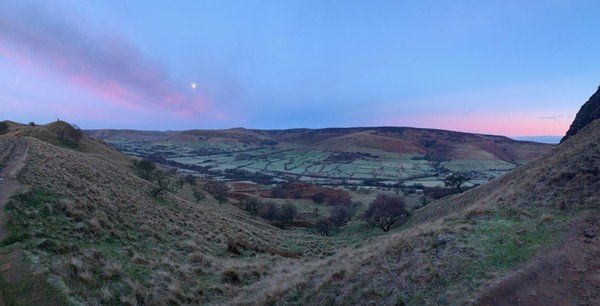 Flying Donkey Events takes an excursion away from the Picture House to bring you three top quality acts in an intimate setting. All profits will go towards the anti-fracking movement.

The Hills are Alive!

Two friends, both alike in dignity, in fair Sheffield where we lay our scene. One from out of town. The other here for half his life has been. Our duo re-united once more. To rekindle their joy of the dance floor. From pub to dub and then to the great outdoors.

Ready to trip down memory lane. Ready to re-live the good old days! When the sound of music meant the hills were alive. But....

Let's begin at the beginning. Early evening around 5. A train pulls in from Liverpool. The train pulls in at platform 2. Our first protaganist with shining eyes, alights. He is excited!

A project born out of a late night imagining, of drunken nostalgia, a love of raving and a desire to create something weird and wonderful for my friends. Now realised through the mediums of song, spoken word, conversational poetry,(what even is that?), dub, techno, a scouse accent, musical theatre, guitar, dance, strobe, projections, fiddle, folk music, recorded soundscapes, film, friendship and dodgy rap. What the fuck that's going to sound like I hear you say? Only one way to find out!

Penny is a songwriter, vocalist with a transatlantic sound. Performing original songs drawn from her tongue-in-cheek, insightful interpretation of everyday life.

Winkie Thin was born in the wrong decade. He decided to stick to performing 1930s Paris cafe music on his accordion and other equally old stuff on his ukelele.