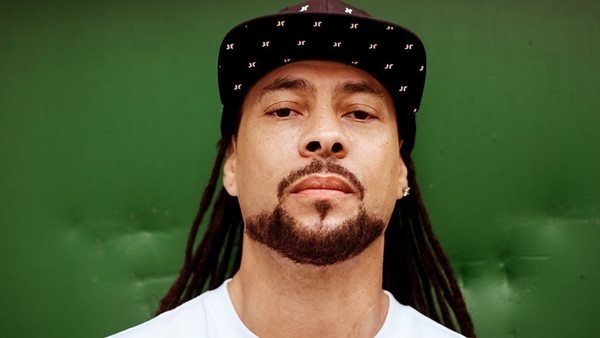 Roni Size
Rounding off the bank holiday weekend, Bristol legend Roni Size will be headlining an extended 3 hour set alongside Dynamite MC until the early hours of Monday morning. Roni is one of the most respected Drum & Bass artists, with production credits spanning dozens of labels, projects, and releases. Size has produced stripped down underground classics like ‘Time Stretch’ to smoothly sophisticated Top 20 U.K. hit ‘Brown Paper Bag.’ His debut album New Forms was a top ten hit in the U.K. where it also won the Mercury Prize.

The Insiders + Collette Warren (Live)
Ben Payne and Joe Wills aka The Insiders have released music on some of the most prestigious labels in the drum & bass scene over the past decade. Tracks have appeared on Renegade Recordings, Metalheadz, Creative Source, 31 Records, Defunked, Nu Directions, Integral, Frontline and Good Looking (as Catch 22) amongst many others. They'll be joined with a live performance from Collette Warren. Collette has recently launched her debut artist EP: Hidden Lines. Almost two years in the making and developing her distinct jazzy dulcets that have previously been spotted over beats ranging from Skeptical to Break, Collette’s five track escapade reads like a near-royal D&B rollcall: Calibre, Marky, Tyler Daley, Quadrant & Iris, Random Movement, Charli Brix, Ben Soundscape and RoyGreen & Protone all feature.

Intrigue Music top deck takeover
Intrigue have been attracting crowds to their events since 2003, and their selection of guests along with the residents have strived to represent the deeper end of the drum & bass spectrum. With the label up and running since 2009, and with releases from the likes of The Insiders, Break, Random Movement, Raw Q and more, Intrigue Music are upholding a long time Bristolian tradition of providing quality to the world of drum& bass.

A weekend of live & club events, celebrating 35 years of Thekla as a venue.