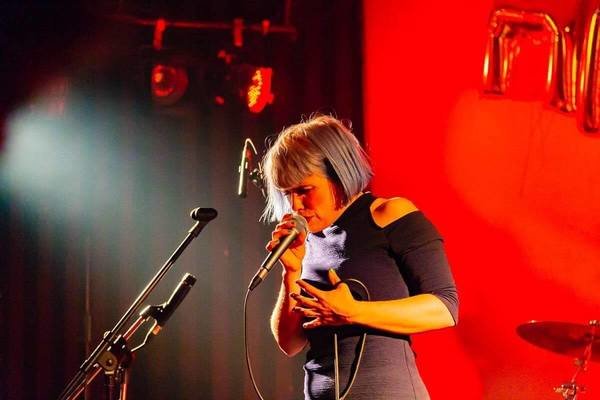 For our first event at the stunning Merlin Theatre, we bring to you a night of musical intrigue and delight from three incredibly talented performers.

Based in Berlin, Milly started her musical career as a vocalist for Basement Jaxx whilst making dreamful pop music as a solo outfit. Soulful, wonky and sometimes shoegazey, Milly Blue blends loop pedal, electric guitar, kalimba and whatever else is lying around to produce her signature eclectic style. She has since worked with the likes of Andrew Hung of Fuck Buttons fame, Guillemots, Noah Slee and recently toured with Scissor Sisters, Gary Numan, Little Dragon and L7.
Influences include Emily King, Sonic Youth, Talking Heads and Milly Blue is inspired by dramatic sky-scapes over Tempelhofer Feld, cobalt blue and the kindness of strangers.
Her first solo album is due for release later this year.

In live performance, Rhiannon’s ability to captivate an audience is only superseded by her ability to deliver a line that can break your heart in an instant. An entirely untrained guitarist, Rhiannon’s unique style was born from a combination of strong influences as she taught herself through her teenage years. You can hear the insistent high speed finger-picking she learned from Lindsey Buckingham, the fearlessness with which she hits a chord at the pique of a crescendo and the percussive upstrokes from Ani DiFranco. Both of these are tempered by her knack of knowing exactly how to use dynamics to her advantage as a solo performer.

Songwriter and performance artist, Sarah Johns Music Party brings you her stripped back, DIY spirituals.
Recalling the purity of Vashti Bunyan, rawness of Scout Niblett, musicality of Tune-Yards, and with a belief in ritual theatre, expect heartfelt incantations that invite the different characters of Sarah Johns Music Party to come out and meet the audience. It is both a meditative and theatrical show.
Starting her career in Hull with music projects, Mr Beasley and Coolfun, Sarah is now living in London where she works as a solo artist and collaborator in both the folk and performance art scenes.
"Absolutely spellbinding" Lauren Laverne - BBC 6 Music 'Headphone Moment' // a ‘Release of the Week’ – Rough Trade East