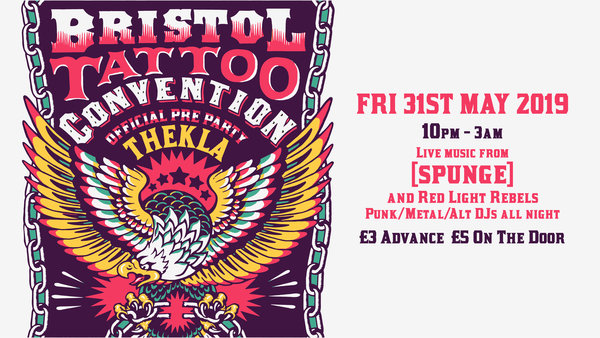 Join us for night of Punk, Metal & Alternative music to celebrate the opening of the Bristol Tattoo Convention 2019. We'll have DJ's throughout the night along with live music from the legendary [Spunge] as well as Cheltenham boys, the Red Light Rebels.

[spunge]
[spunge] were formed in the early 1990’s and after many years of touring, self financed EPs, record deals, starting their own labels, sharing the stage with big name bands, playing festivals and, most importantly, never calling it a day in nearly 25 years, [spunge] are still doing what they love in front of the people that love what they do.