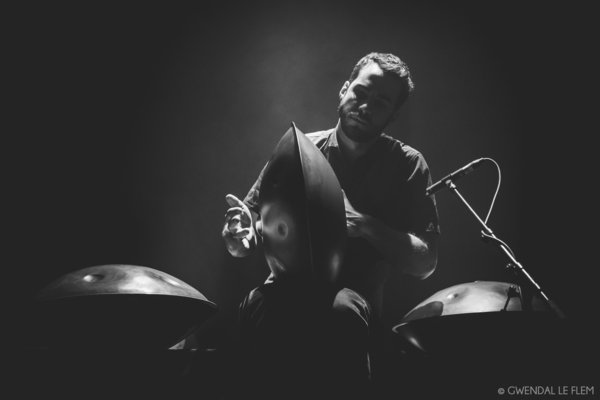 Trained in classical percussion, the highly acclaimed Austrian composer, ensemble leader and musician, Manu Delago is one of the leading exponents of the Handpan (or Hang). In 2011 he recorded for Björk's Biophilia album and has since been her touring drummer, playing three world tours with the Icelandic singer. In 2013, he started performing and writing music with the sitar-player Anoushka Shankar. For his work on her album 'Land of Gold' Manu Delago earned a Grammy nomination. The versatile percussionist has also been a touring member of The Cinematic Orchestra and Olafur Arnalds. As well as releasing four genre pushing studio records on Tru Thoughts and One Little Indian, Manu Delago has also written several compositions for choir and orchestra such as the 'Concertino Grosso' which he performed and recorded as soloist with the London Symphony Orchestra.

His last record Parasol Peak is a unique and awe-inspiring album and accompanying movie, in which Delago leads an ensemble of 7 musicians on a mountaineering expedition in The Alps. Along the way, the group perform a collection of brand-new compositions in different locations, at varying altitudes. Delago states the whole expedition as a big lesson in team spirit and ensemble playing.

Now he returns with a brand-new album and his biggest live show to date. Circadian (out 13th September via One Little Indian Records) takes the listener through the cycle of sleep stages, emulating REM, light sleep, deep sleep and an abrupt awakening. Delago was inspired by the concept of individual circadian rhythms, due in part to his own lack of sleep as an international touring musician.

For his first performance in Sheffield, Manu will bring his 9-piece orchestra ensemble featuring woodwind, brass, percussion and strings. Expect a mesmerising performance from this world class musician.

“A masterful and sensitive musician”–The Telegraph