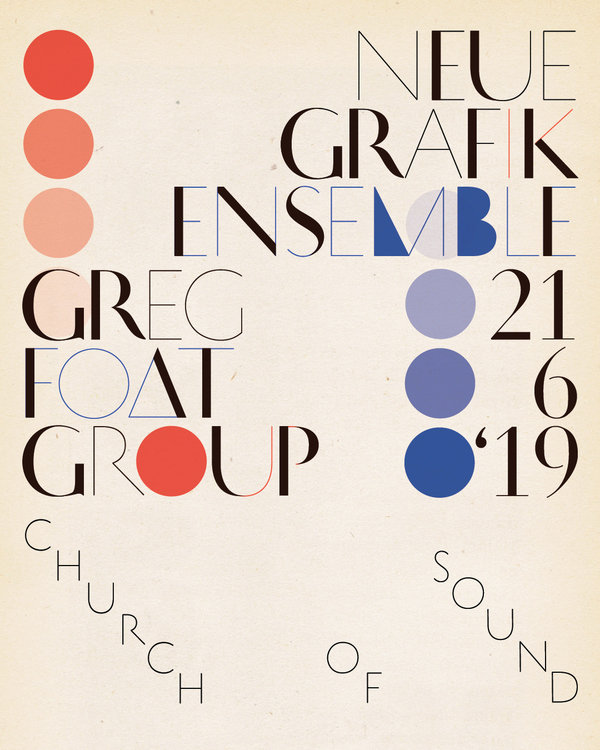 It is with great pleasure that we announce our next show. On June the 21st Church Of Sound will be host two bands, Greg Foat Group & Neue Grafik Ensemble.

Greg Foat’s latest album 'The Mage' threads lineage between the past and future of British jazz, enlisting the talents of jazz/library/soundtrack legends Duncan Lamont, Art Themen, Ray Russell and Clark Tracey to collaborate with their modern contemporaries, Greg Foat, Moses Boyd and Heliocentric's drummer Malcolm Catto, something undeniably British but outward looking and global has been created.

Greg’s compositions and arrangements showcase the old and new, downtempo folkscapes, free jazz with notes of hip-hop and soul from the young team flavouring the mix. The album is a testament to the versatility and pure musicality of all those involved and Greg Foat’s ability to bring artists together to record beautiful, timeless music.

Personnel on the night :

Grafik's sound is a hybrid of jazz, house and hip hop, all with his unique geographical tones of African ethnicity, Parisian roots and a love for London sounds like broken beat & grime thrown into the mix.

Personnel on the night: