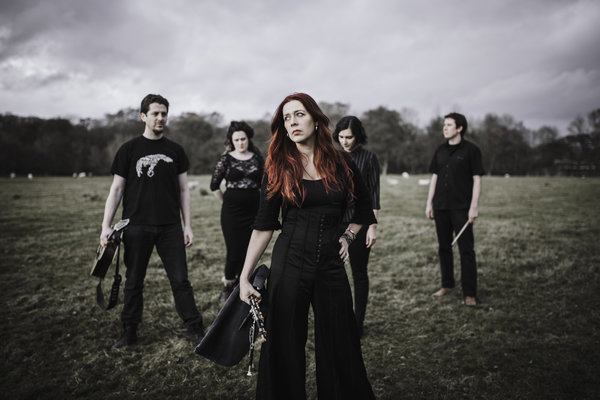 ‘The Darkening’ is the Northumbrian name for twilight, but this band’s music
blazes fiercely… and the atmospheric Abbeydale Picture House provides the perfect setting.

Musicians from Northumberland, Scotland, Ireland and England, invoke the dark, powerful, sounds of Ancient Northumbria and broadcast them to the modern world.

★★★★ “A clever shape-shifter of a record, founded on an exceptional band”
THE OBSERVER, review of "Hollowbone" - out now.

“A crucial and exhilarating band setting the world on fire.” fROOTS

Inspiration comes from the wild, dramatic, weather-bitten countryside along Hadrian’s Wall, which seems so quintessentially Northumbrian… and yet, almost 2000 years ago that same landscape was inhabited by people from around the world, worshipping different gods and following different customs.

Kathryn Tickell & The Darkening embrace that global perspective, bringing some of the oldest Northumbrian tunes and songs throbbing to life, intermingling them with new material and binding it all together with contemporary resonance and attitude.

Kathryn says of The Darkening: 'There’s a line in a poem that says traditional music is ”like ribbons through history” … I feel that we are reaching a hand back in time and reaching the other hand forward into the future - connecting them through music.'

KATHRYN TICKELL is a Northumbrian piper, fiddle player, composer, educator and broadcaster. Her work is deeply rooted in the landscape and people of Northumbria. Kathryn has released 15 of her own albums and has also recorded and performed with Sting, The Chieftains, The Penguin Cafe Orchestra, Evelyn Glennie, Andy Sheppard, Joanna MacGregor, Jon Lord, Royal Northern Sinfonia and many others. In 2009 Kathryn was presented with The Queen’s Medal for Music, awarded to those deemed to have made an outstanding contribution to British music. She has twice won “Musician of the Year” at the BBC Radio 2 Folk Awards and was awarded the OBE in 2015.