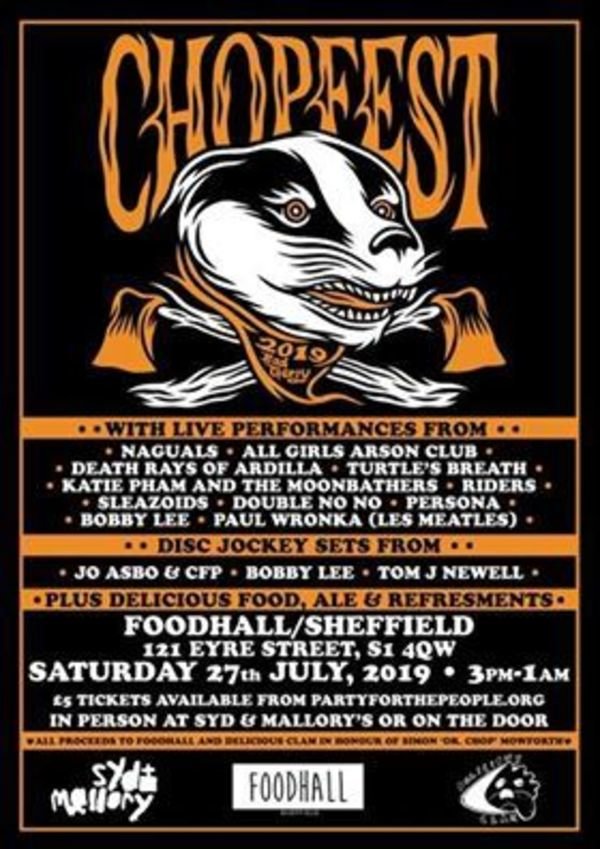 An event, now in its 4th year, held in loving memory of our pal, Simon ‘Dr. Chop’ Mowforth.

This year’s mascot is particularly special.
‘Bad Gerry’ is a stuffed badger that Simon bought when we were touring France with our old band.
We were at a pretty low point, in between paid shows and short on cash. Simon disappeared for a few hours as we parked up in Bordeaux, sat around the transit van we lived in feeling sorry for ourselves.

He returned triumphantly holding a huge stuffed badger under his arm, having extended his overdraft to keep us all going with beers and food until our next gig and to buy the badger for 100 euros.

‘Bad Gerry’ as he soon came to be known (due to his distinctive “badgery” appearance) squeezed into the already cramped living space of the van for the remainder of our trip.

I’ll never forget the sight of Simon returning to the van holding that badger. We all laughed at the ridiculousness of our situation and welcomed Gerry aboard.