Church of Sound | Sunny Side Up 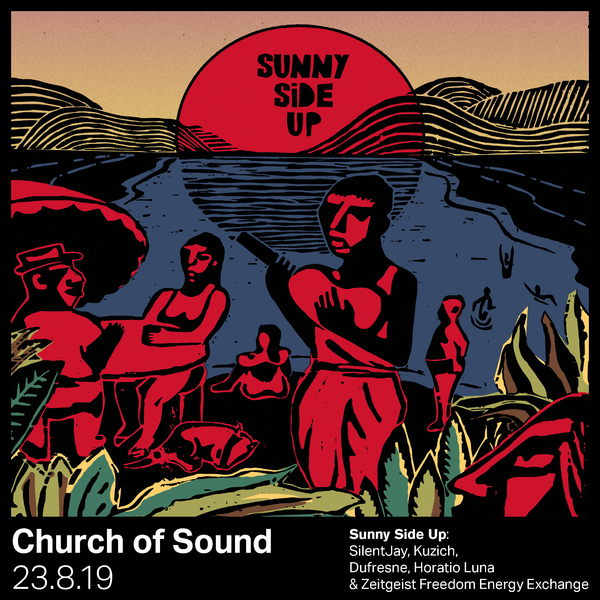 On Friday 23rd August we host our next show: a triple set wonder presented by the artists behind Sunny Side Up, a compilation just out on Brownswood detailing Melbourne’s own thriving Jazz, Not Jazz scene.

SilentJay, JB/Dufresne, kuzich and Horatio Luna will form one outfit on the night, whilst Zeitgeist Freedom Energy Exchange represent the other. In partnership, a suburban sprawl of DIY jazz music is born, taking its cues from soul, jazz and club culture. Featuring members of Mandarin Dreams & 30/70, the broader collective formed around Sunny Side Up is an art based resistance movement with Melbourne at its heart. Art is seen as a setting for discovery and sharing; a call to action as well as an act of civil disobedience.

Recorded during a week spent at The Grove studio, Sunny Side Up the compilation was helmed by musical director Silentjay, and engineered by Nick Herrera. The nine tracks incorporate deep house, broken beat, cha-cha, samba, p-funk and soul. As Brownswood themselves put it: ‘Unlike other cities with storied histories in jazz culture, the sound of Melbourne is free of any jazz customs to follow behind, leaving musicians free to incorporate hip hop, house or R&B. Jazz is the mindset, the output is infinitely diverse.’

DJing on the night will be our resident Lex Blondin.

Album art by A.kid, rearranged for purpose by David Lawler.