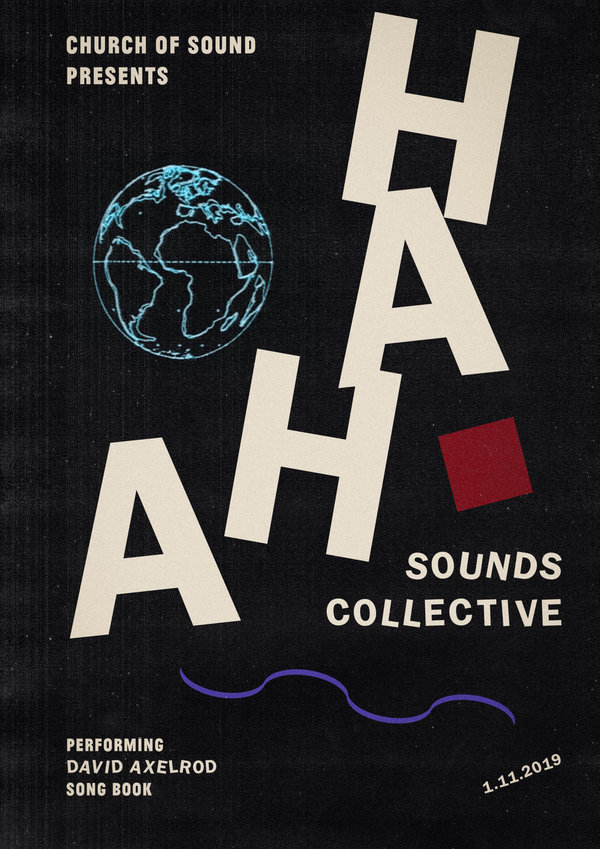 For our next show we are delighted to welcome the wonderful Haha Sounds Collective, a 40-piece choir and accompanying instrumental ensemble with roots in jazz, soundtrack and avant-garde music. Drawing from the late 60s and early 70s golden age of global psychedelic music, the group combines heady grooves, harmonic experimentation and high drama in tightly orchestrated ensemble playing.

Formed in early 2017, the collective has grown organically out of the community around Wilton Way Studios, home of head engineer and Haha bassist Syd Kemp and founder Victoria Rose Hamblett. These days, they meet every Sunday at Total Refreshment Centre for what has become a form of secular devotion: sonic rituals and incantations for a more harmonised world.

It makes sense then that the centrepiece of the current Haha repertoire is David Axelrod’s 1970 album Earth Rot. The third, and lesser known, in his trio of albums for Capitol Records, it appropriates from classical Greek chorus to dramatically forecast a man-made ecological disaster. With lyrics adapted by his son Matthew Axelrod from the Old Testament book of Isiah and an early Navajo creation legend, these “ancient yet timely words,” are a prophecy of imminent end-times that feels more relevant today than ever.

Lex Blondin will be warming up with a vinyl only set