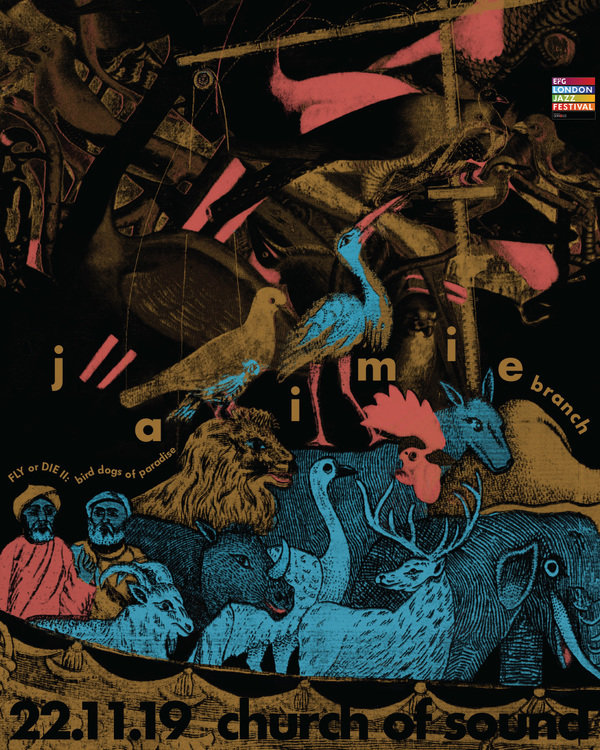 2 ticket types are available for this show:

Bundle: Jaimie Branch Show + Junius Paul Midnight Mass - £25. This gains access to the church from 19.30 - 03.00. More information regarding this event can be found here: https://tickets.partyforthepeople.org/events/5083-junius-paul-midnight-mass

Following the release of her debut album Fly Or Die in 2017 – which was hailed as an album of the year by the likes of The New York Times, NPR, The Wire, and Stereogum – Jaimie embarked on an epic European tour in 2018 which culminated in her debut London performances at a sold out two-day residency in Café Oto as part of EFG LJF.

The live recordings from those shows plus a subsequent few days’ sessions in the Total Refreshment Centre studios make up the bulk Jaimie’s triumphant sophomore album, and what better way to bring it back to London by making her debut appearance at Church of Sound and returning to the EFG London Jazz Festival.

For the show she’ll be joined by cellist Lester St Louis, bassist Jason Ajemian and drummer/percussionist Chad Taylor, with Lex Blondin on the decks in between sets, and a very special aftershow surprise with our friends at International Anthem too... Don’t sleep on this one.