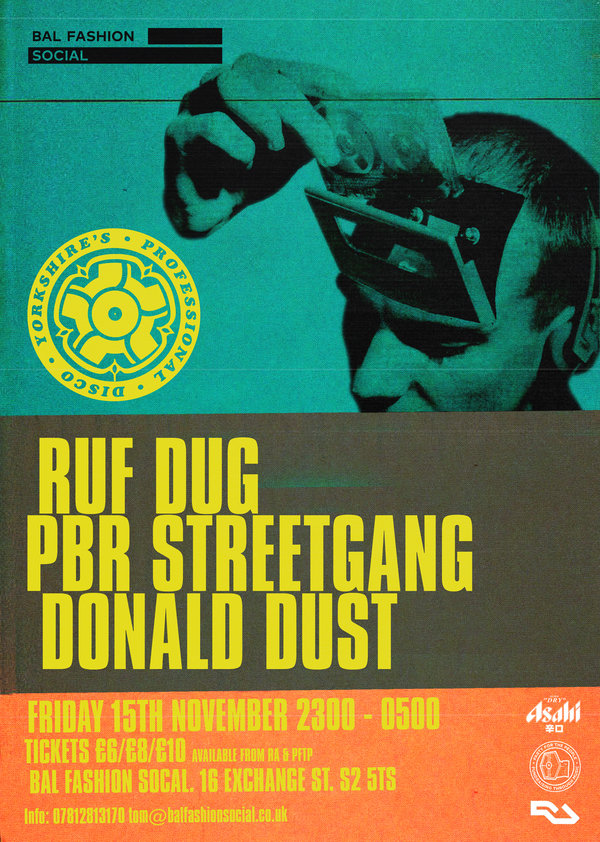 “The ethos of our disco is great music simple, and as veterans we are professional (or we’d like to think so), hence everything from the surrounds to the sounds has been ‘professionally curated’.”

PBR Streetgang hooked up with an old Leeds pal Bally Johal who had opened a bar/event space in Sheffield which became quickly known as a hub for alternative underground music.

Having been asked to play they re-kindled their friendships to quite literally to say the writing was on the wall (shutters); which read: ‘Yorkshire’s Professional Discount Jewellery Store’ - and so YPD ‘YORKSHIRES PROFESSIONAL DISCO’ was born.

The dashing duos career saw them become internationally renowned but having children and wanting to come back to home turf we bring you ‘Yorkshire’s Professional Disco’, combining experience, and gaining new music influence from the selectors of tomorrow with potential artists to include Bradley Zero, Donald Dust, Maurice Fulton, Ruff Dug...

Flyers and posters to be done by local artists and will encapsulate the professional nature of our outfit - but all importantly this professionalism will translate to the dance floor.

As the three make very clear ‘Upstairs for dancing!’