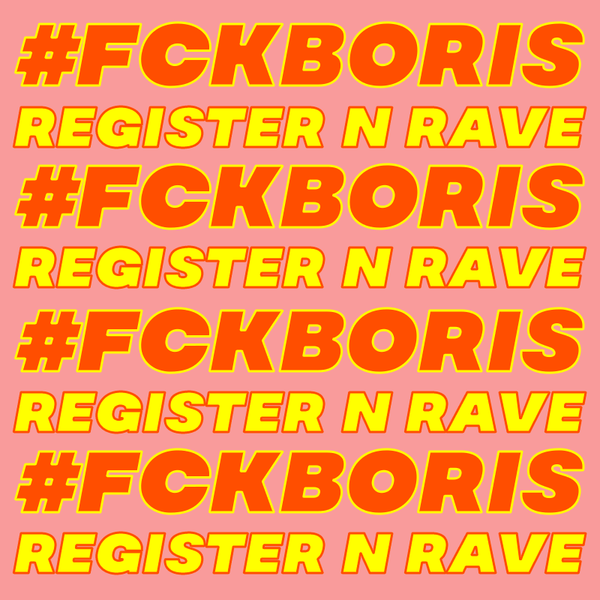 ❌Boris wants to be PM for 5 more years❌

In his short time ruining our lives and our county he’s shut down parliament, tried to force through a no deal and then a gross deal that will fuck over ordinary people. Whether you voted to leave or remain, nobody voted for this dude to take away our hard-won rights at work and flog the NHS out the back of a van to Donald Fucking Trump!!

He’s had a really fun time being Islamophobic, homophobic, racist and sexist. His words have caused an increase in hate crime against women of colour, have led to his own multiple sackings and have even been deployed to help get a journo beaten up (classy guy!!) And don't even get us started on his actions...

Like, we always knew he sucked and now we know NO MORE.

So, I think we can all agree, it's time to say goodbye to underbite poshos from Eton setting the country on fire for their hedge fund pals to go rummaging in the ruins.

🗳️🗳️ Voter registration ends on 26th November, so get yersen down to DINA, party with your pals, register to vote - and everyone who does on the night will get a free mimosa on us! 🗳️🗳️

How's about that for champagne socialism? ;) 🍾

Lineup TBC but rest assured, it will be lit 🔥🔥🔥