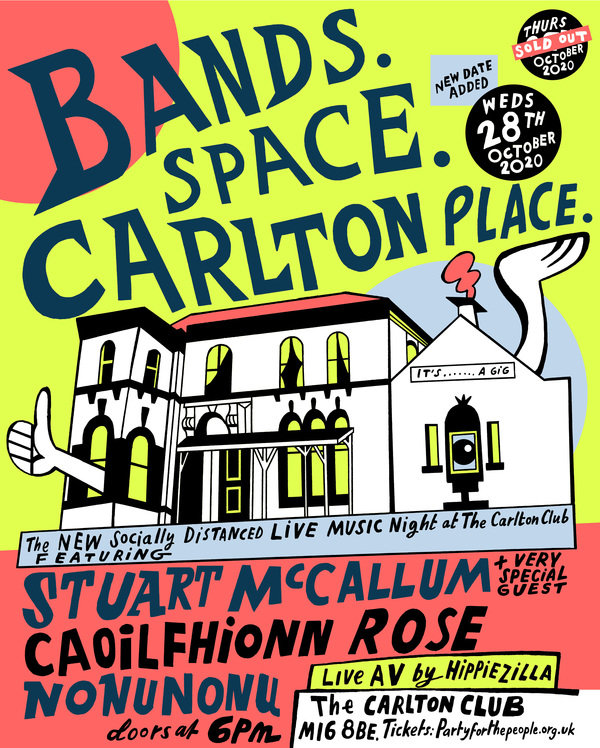 From jazz beginnings to alt-folk and electronica, Stuart McCallum is one of the most vital and creative musicians of his generation. An in-demand guitarist, composer and producer, Stuart’s current projects include:

The Breath - signed to Peter Gabriel’s Real World Records, the duo of Stuart and vocalist Rioghnach Connolly was nominated for Best Act at the BBC Folk Awards.
Solitude - a series of solo acoustic guitar albums released on Edition Records.
Music for Imaginary Film - a series of cinematic-inspired albums co-written with Mark Slater
Richard Spaven - co-writing and performing with the well known UK drummer

Stuart rose to prominence writing for and playing with the Cinematic Orchestra, on their Ma Fleur and Live at the Albert Hall albums, as well as on their award winning Disney soundtrack, The Crimson Wing.

Caoilfhionn (pronounced Keelin) Rose is a singer, songwriter and producer from Manchester. Emerging from a diverse music scene, she ties together remnants of Manchester’s musical past with its evolving present. Her debut album 'Awaken' was released October 2018 on Gondwana Records.

Corina Bibere is a Romanian self taught visual artist & VJ based in Manchester. Working under the name hippiezilla, Corina works with different mediums to create colourful organic and cinematic projections for various creative events and live bands. She has delivered live VJ sets for events including Freerotation Festival, Bluedot Festival Sounds from the Other City Festival, Drift and is a long time collaborator with Test Card and Space Cassette.