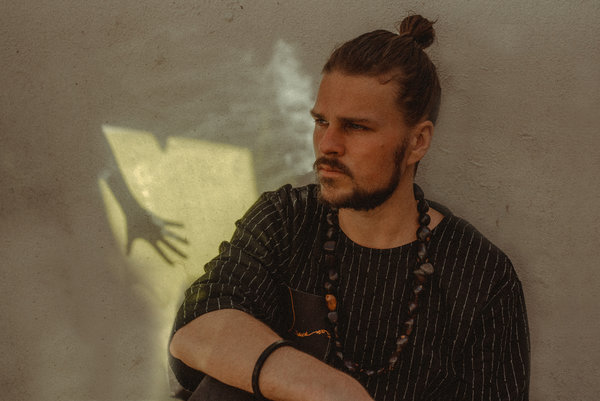 We are excited to announce that after his sold out album launch in October at the Jazz Cafe, Chiminyo is coming to The Post Bar!

Combining the raw, immediate live sound of percussion and the futuristic timbres of his electronic productions, Chiminyo creates his own, daring sound via laboriously self-coded software. Each cymbal crash and drum hit triggers a synth or sample, allowing Chiminyo complete control and freeing him of all loops, click-tracks and backing tracks.

As well as his own solo project, Chiminyo performs and records with some of the leading figures of London’s music scene, including spiritual jazz-leaning outfit Maisha and psychedelic energy bomb Cykada. He has also collaborated and recorded with Gary Bartz, Nubya Garcia, Shabaka Hutchings, Theon Cross, and Zara McFarlane.

His debut album I Am Panda, released in late September, is a euphoric, multi-genre listening journey that traverses future pop, jazz, world music, electronic, and time itself. Praised by the likes of Gilles Peterson, CLASH, and Jazz FM, the album is a daring exploration of the contrasting yet complimentary digital and analogue soundscapes that characterize Chiminyo.

Listen to I Am Panda here:

"Chiminyo is one of the real hidden forces
in UK jazz.” - CLASH Magazine