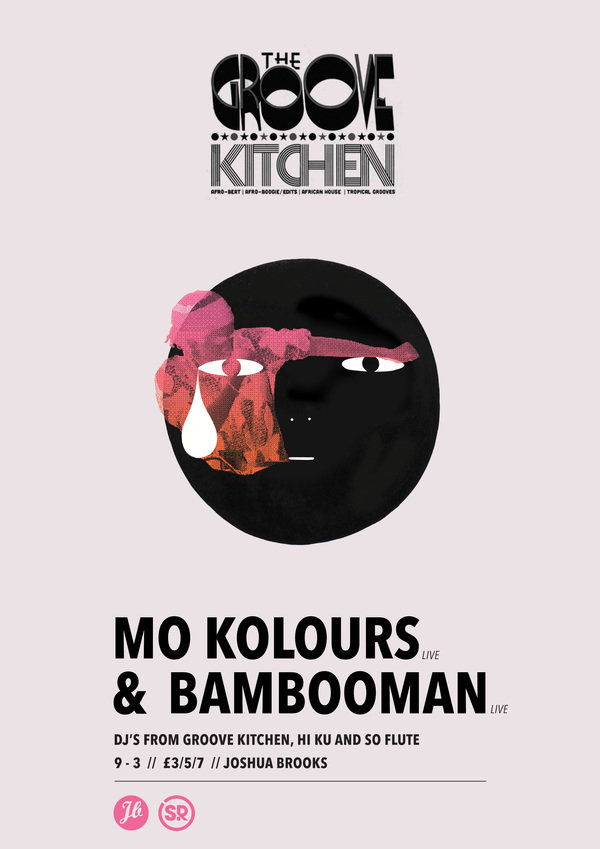 Mo Kolours is a producer, singer and percussionist who has gained revere for an innovative and unique trilogy of EPs that mix soul, dub, hip-hop and various electronic styles with the Sega music native to Mauritius. This year his self-titled debut album was released to wide acclaim, featured by The Guardian and receiving a rare 4/5 from Resident Advisor. On the album he displays dazzling inventiveness and joyous spirit, taking childhood influence from the likes of Jimi Hendrix, Lee Perry and A Tribe Called Quest whilst exploring his Indian Ocean roots.

Recognising Mo’s singular voice Gilles Peterson invited him to Maida Vale Studios to record a live session for the BBC back in 2011, before his first EP had even hit the shelves. Big support has since come from the likes of Hot Chip’s Joe Goddard and Friendly Fires’ Jack Savidge. Those who've heard his work, caught his Resident Advisor mix and any who were lucky enough to catch his show in the blissed out sunshine at Gottwood Festival will know this aint one to miss!

A fine Yorkshire export, the Sonic Router signed producer keeps his creative side busy producing under the Bambooman moniker, collaborating under various guises and working with vocalist. His two EPs for Sonic Router ('Dulcet' hitting the shelves earlier this year) show a strikingly clean yet intricately layered production style and his deft touch was put to use on Segilola’s serene debut EP 'Somewhere Along The Line'.

Capping off the night we'll have a boatload of lovely afro and tropical house flavours from resident Shola who'll be joined by Yadava of the much respected So Flute family!